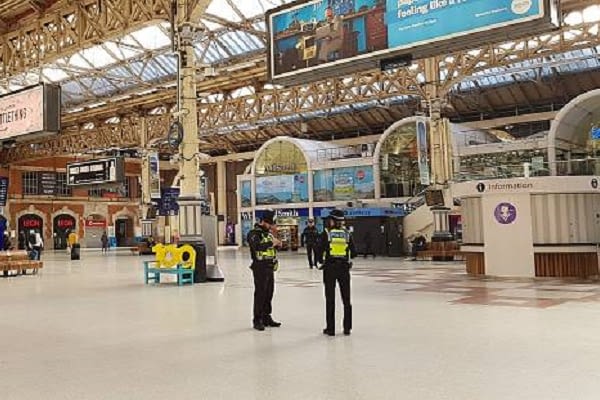 A woman who refused to explain to police as to why she was out was arrested for breaking the new coronavirus law and was fined £660 by magistrates.

Police said that Marie Dinou, 41 was arrested for non-essential travel at Newcastle railway station, after breaking the new Coronavirus Act, and ticket fraud.

British Transport Police (BTP) said in a statement, “On Saturday 28 March at around 8am, officers at Newcastle Central station received a report from rail staff of a woman loitering between platforms.

“They approached Dinou and engaged with her in an attempt to understand her reasons for essential travel, but following several more attempts by officers to explain and encourage she refused to speak to officers.

“Having explored all options, Dinou was arrested on suspicion of travel fraud and breaching the restrictions imposed under the new Coronavirus Act 2020.”

Under the new law the police can issue anyone an on the spot fine of £60, if you leave your home without a reasonable excuse.

BTP’s Assistant Chief Constable Sean O’Callaghan said, “While a ticket offence had also been committed in this case, enforcement of any sort under the new regulations really is a last resort, especially arrest.

“In this case, officers tried their upmost best to engage with Dinou. I can assure you we would much rather not have to take such action.”

“We strongly urge the public to do the right thing and help us save lives by staying at home and slowing the spread of the virus.”

Police chiefs have asked the public to “cut us a little bit of slack” and the public must work with the police as they are doing a “marvellous” job.