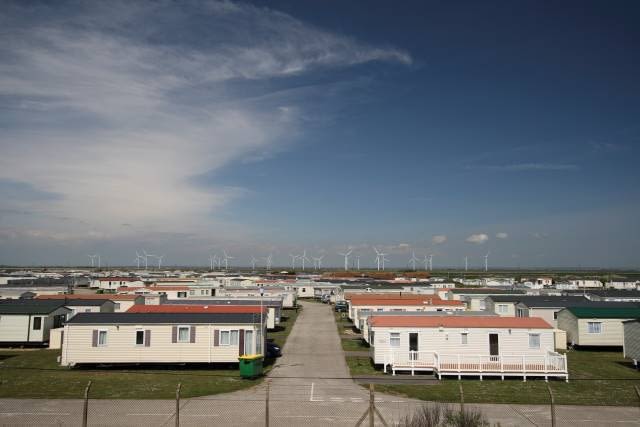 The UK’s £14.5 billion staycation market lost three of its better months in April, May and June meaning that there’s a lot of catching up to do. Many of the two million people who work in the UK tourism industry were furloughed and companies suffered weeks of massively diminished bookings. Some big names such as Shearings went into administration, although the brand is being revived by Leger holidays so it won’t be lost forever.

Thankfully for the staycation industry, business is booming after the relaxing of lockdown restrictions with reports such as a camping website seeing ‘a 750% increase in bookings compared to this time last year’

Caravan holiday parks are opening up their doors again and there are still some good deals around if you do a bit of searching. Holiday park caravans tend to be well spaced out and each unit has its own self catering facilities so they are well placed to comply with social distancing rules.

There are two main types of caravan holiday park in the UK. Some resorts are big and busy and are designed for families who want entertainment onsite. Others are much quieter with only basic facilities and just offer a good base for days out. The posher and more expensive ones have lodges with hot tubs instead of caravans.

However, if you do go for one of the bigger and busier resorts in 2020, it’s worth realising that it will probably be quite a different holiday than you’d have had last year. Haven, for example, which has lots of popular resorts around the UK’s coastline has decided to offer simpler ‘Hideaway’ holidays. Most onsite facilities will be closed but you’ll still be able to explore the local beaches and attractions, buy groceries and order takeaways.

It’s always worth taking a look at recent reviews before you book a holiday park. Once you’ve found a decent resort do some digging to find individual reviews of the different types of accommodation on offer. Sometimes the more expensive ‘gold’ accommodation gets worse reviews than the standard or ‘bronze’ units, simply because the standard units have been replaced or refurbished more recently. Most holiday parks also publish maps online so you can figure out which units are located nearest to the beach or furthest from noisy walkways.

The biggest choice of beachside holiday parks is probably in the Westcountry counties such as Devon, Cornwall and Dorset. However, there’s a good choice of holiday parks in most coastal counties including Norfolk, Lancashire, Northumberland and Yorkshire.

If you want a bit more of an adventure than a drive down the road then the Isle of Wight is a good option. There are plenty of beachside caravan parks on the Island and the usual rules have been temporarily relaxed so your family can stay inside your car during some of the Wightlink and Red Funnel car ferry crossings.

Of course, it isn’t just the staycation market which is catching up. According to reports, Eurotunnel recently had ‘more bookings in one day than they have had all year’. Many Brits will be driving across Europe to stay at holiday parks and on campsites. Again, it’s worth checking which facilities will actually be open rather than assuming it will be business as usual.

Lots of Brits looking for a bargain go for one of the Center Parcs in Europe. They’re run by a different company than the UK Center Parcs and they are often cheaper. The UK Center Parcs resorts rarely offer discounts whereas the European sites regularly do deals (although, as we all know, just because something is reduced it doesn’t make it a bargain).

Do a bit of research if that’s your plan though as there is quite a lot of variation in the customer reviews for Center Parcs in France, the Netherlands and Germany whereas the UK Center Parcs are more consistent.

Also take a look at brands like Roompot and Landal which are huge in Europe but which are not especially well known in the UK. Many of them offer a good alternative to Center Parcs at a lower price.

Hospitality sector set to be crippled amid pandemic