CLICK HERE TO WATCH THE FULL VIDEO
Home Breaking In full: Jacob Rees-Mogg submits letter of no confidence in May 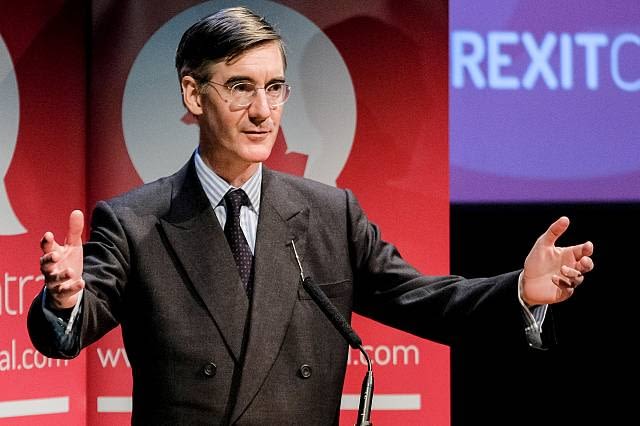 In full: Jacob Rees-Mogg submits letter of no confidence in May

MP Jacob Rees-Mogg has called for a vote of no confidence in PM Theresa May, just hours after two members of her cabinet and two minister quit over Brexit deal.

Rees-Mogg, who rejected May’s Brexit deal just moments after it was published on Wednesday, has now sent a letter to Sir Graham Brady calling for a vote of no confidence. In his letter, Rees-Mogg has suggested that May has broken her word. Here is a copy in full:

“A few weeks ago, in a conversation with the Chief Whip I expressed my concern that the Prime Minister, Mrs Theresa May, was losing the confidence of Conservative Members of Parliament and that it would be in the interest of the Party and the country if she were to stand aside. “I have wanted to avoid the disagreeable nature of a formal Vote of No Confidence with all the ill will that this risks engendering.

“Regrettably, the draft Withdrawal Agreement presented to Parliament today has turned out to be worse than anticipated and fails to meet the promises given to the nation by the Prime Minister, either on her own account or on behalf of us all in the Conservative Party Manifesto. Theresa May’s draft Brexit deal has been met with a disastrous response (Getty Images) “That the Conservative and Unionist Party is proposing a Protocol which would create a different regulatory environment for an integral part of our country stands in contradistinction to our long-held principles. “It is in opposition to the Prime Minister’s clear statements that this was something that no Prime Minister would ever do and raises questions in relation to Scotland that are open to exploitation by the Scottish National Party. “The 2017 Election Manifesto said that the United Kingdom would leave the Customs Union.

“It did not qualify this statement by saying that we could stay in it via a backstop while Annex 2, Article 3 explicitly says that we would have no authority to set our own tariffs. “It is also harder to leave this backstop than it is to leave the EU, there is no provision equivalent to Article 50 of the Lisbon Treaty. “The Prime Minister also promised an implementation period which was the reason for paying £39 billion. Jacob Rees-Mogg had already raised the spectre of a leadership battle in the Commons this morning (Getty Images)

“As was made clear by a House of Lords report in March 2017 there is no legal obligation to pay anything. This has now become an extended period of negotiation which is a different matter. “The situation as regards the European Court of Justice appears to have wandered from the clear statement that we are taking back control of our laws. Article 174 makes this clear as does Article 89 in conjunction with Article 4. “It is of considerable importance that politicians stick to their commitments or do not make such commitments in the first place. “Regrettably, this is not the situation, therefore, in accordance with the relevant rules and procedures of the Conservative Party and the 1922 Committee this is a formal letter of No Confidence in the Leader of the Party, the Rt Hon Theresa May. “I am copying this letter to the Prime Minister and the Chief Whip, and although I understand that it is possible for the correspondence to remain confidential I shall be making it public.”

His move is increasing the chances of May facing a vote of no confidence in her leadership.

It is now reported that another MP for South East Cornwall has written to Sir Graham Brady over the no-confidence in the leadership:

I have lost confidence in the Brexit policy of the Prime Minister and
have therefore written to the Chairman of the 1922 Committee asking for
a vote to take place over her Leadership. pic.twitter.com/dvrJiIAMAC

The crisis continues in May’s administration as it is also revealed that environment secretary Michael Gove has turned down the chance to become Brexit secretary, the London Evening Standard newspaper reported.