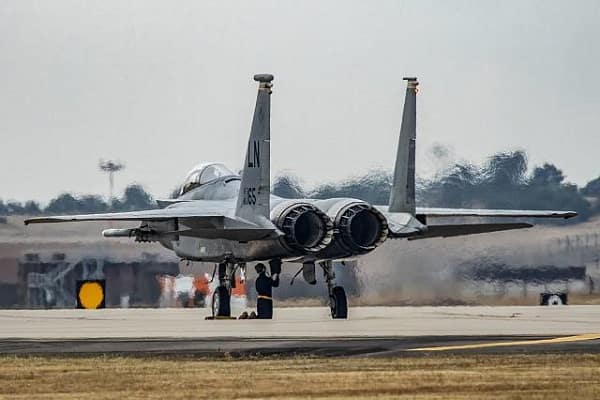 Wreckage of US fighter jet found but pilot is still missing

On Monday morning a US fighter jet has crashed into the North Sea off the Yorkshire coast whilst on a routine training mission.

The fighter jet came down near Flamborough Head in East Yorkshire and wreckage of the aircraft has been found in the North Sea, but they are still searching for the pilot

The US Air Force confirmed the F-15C Eagle crashed at 09:40 on Monday and the jet was from the 48th Fighter Wing at RAF Lakenheath in Suffolk.

On Monday afternoon the Coastguard found the wreckage, adding “The pilot is still missing, and search and rescue efforts continue.”

Colonel Will Marshall, commander of the 48th Fighter Wing said this afternoon he is “hopeful that our Liberty Wing airman will be located and recovered.”

The US Air Force said, “At the time of the accident, the aircraft was on a routine training mission with one pilot on board.

“The cause of the crash as well as the status of the pilot are unknown at this time, and UK Search and Rescue have been called to support.

“As soon as additional details become available, they will be provided.”