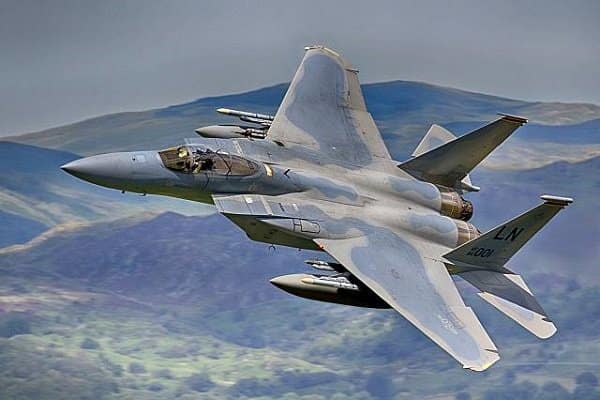 US F-15C Eagle fighter jet crashes into the North Sea

A US fighter jet has crashed into the North Sea off the Yorkshire coast whilst on a routine training mission at 09:40 on Monday morning.

A major operation is underway by Bridlington Coastguard and the US Air Force said the pilot is yet to be found.

The US Air Force confirmed the F-15C Eagle crashed at 09:40 on Monday and the jet was from the 48th Fighter Wing at RAF Lakenheath in Suffolk.

They said, “At the time of the accident, the aircraft was on a routine training mission with one pilot on board.

“The cause of the crash as well as the status of the pilot are unknown at this time, and UK Search and Rescue have been called to support.

“As soon as additional details become available, they will be provided.”

A spokeswoman for HM Coastguard said, “The HM Coastguard helicopter from Humberside has been sent along with Bridlington and Scarborough RNLI lifeboats.

“Following a Mayday broadcast by HM Coastguard, other vessels nearby are heading to the area.”