Home Business News Why is the UK experiencing record temperatures? 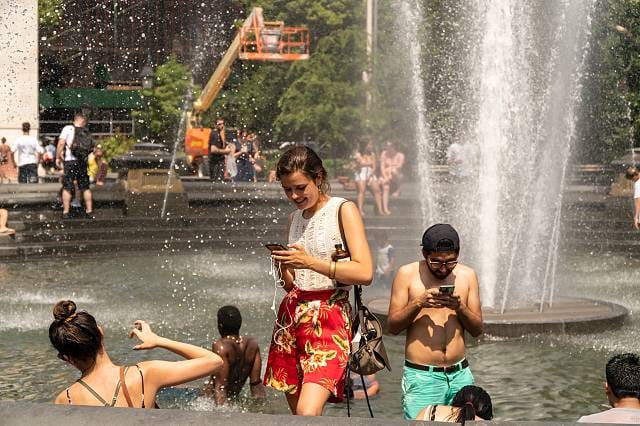 Why is the UK experiencing record temperatures?

Experts at the Met Office have said that current warm air pattern from Africa but, there is “no doubt” climate change is playing a part.

“That’s combined with a jet stream that has taken a bit of a downturn to the south across the Atlantic, then shooting up north to the west of the UK.

“That combination of the jet stream and the high pressure is working to funnel up the warm air from the continent which has its source origins in North Africa.”

Experts have warned that the type of heatwave the UK is experiencing which is more intense is being caused by climate change.

Professor Peter Stott, from the Met Office said, “There’s no doubt that climate change is playing a role here because of the elevated temperatures and that’s related to the fact we’ve got this weather pattern being drawn up from North Africa.”

This part of the world has warmed up by double the global average, and continental areas are warming faster than the sea.

He said, when the UK shares weather patterns with countries that are warming fast, this is “pushing us into temperatures that are unprecedented, pushing us into those ranges that we have never seen before or are very, very infrequent.”

He added that much of Europe has recently seen records broken while the east coast of America has been in the grip of heatwave and in 2018 Japan and Europe had a sweltering summer conditions, much as we are now.

Professor Stott said, “Having this frequency of heatwaves across the hemisphere would have been extraordinarily unlikely without climate change, and it’s now being made a possibility, and it’s what we’re seeing.”