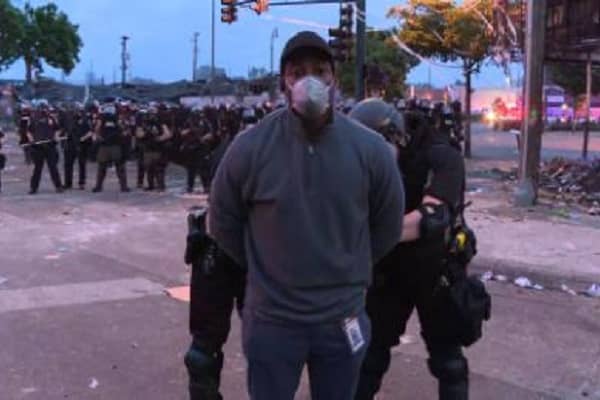 A CNN reporter his producer and cameraman have been illegally arrested whilst live on-air legally reporting the riots in Minneapolis.

Omar Jimenez explained in a very mild professional manner that he is with CNN produced is press card and could be seen being handcuffed by State Police, and was given no reason for his arrest.

The CNN crew were reporting on the riots that has bought Minneapolis to it knees on its third day of violent riots.

CNN said in a statement, “A CNN reporter & his production team were arrested this morning in Minneapolis for doing their jobs, despite identifying themselves – a clear violation of their First Amendment rights.

“The authorities in Minnesota, incl. the Governor, must release the 3 CNN employees immediately.”