Home Business News Ukrainian forces enter the town of Lyman and Russia will have to appeal if they are ‘concerned’ with wanting their 5,500 troops back 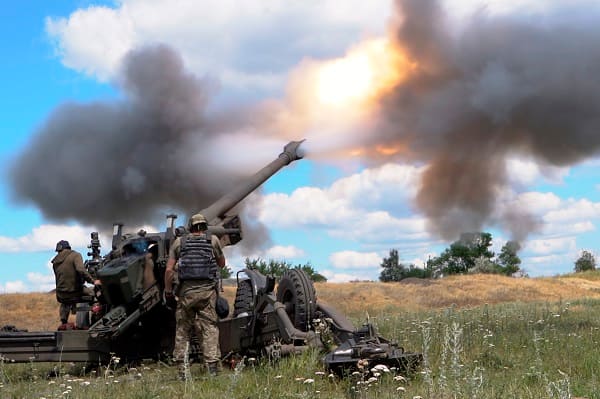 On Friday Ukrainian forces had encircled all the main supply routes of the Russian stronghold of Lyman and on Saturday Ukrainian authorities said they have now entered the town of Lyman, and Moscow has been told if they want their 5,500 troops back then they will have to appeal.

Lyman is in the Donetsk region and has up until now been used as vital logistical hub for weaponry and food for the Russian troops.

Serhii Cherevatyi, a military spokesperson told public broadcaster Suspilne, “All the approaches and logistic routes of the enemy, through which they delivered ammunition and manpower, are in fact under fire control (of Ukraine).”

The Ukrainian Presidential adviser, Mykhailo Podolyak warned, “Today (Russia) will have to ask for an exit from Lyman. Only if, of course, those in (the) Kremlin are concerned with their soldiers.”

However, according to a report by RIA news agency which quoted Russia’s Defence Ministry Russian troops have pulled out of Lyman in eastern Ukraine “in connection with the creation of a threat of encirclement.”

A unverified video on social media shows a smiling Ukrainian soldier saying, “well my kittens, Yampil is ours!” referring to a village near the Lyman stronghold.

On Saturday Ukrainian authorities confirmed they have now “liberated” five areas in the Donetsk region and “stabilisation measures” are in place.

Military analyst Konrad Muzyka told The Moscow Times, “Even if the city isn’t already enveloped, all the routes or roads out of the city are under Ukrainian artillery fire.

“Without Russian reinforcements, the city and the entire area is going to fall to Ukraine.”