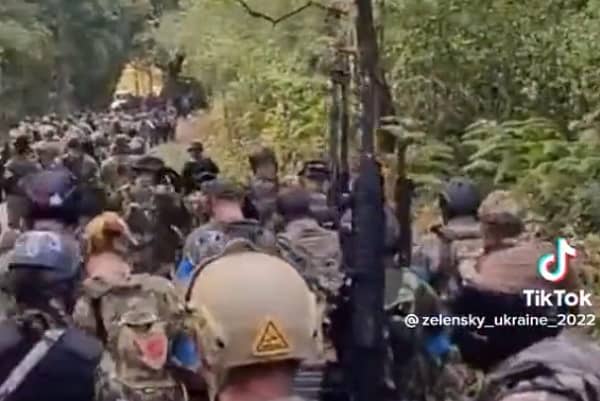 The Ukrainian forces have now “liberated” five areas in the Donetsk region and “stabilisation measures” are in place.

The former Russian Prime Minister Mikhail Kasyanov noted that Putin insisted that he will defend the new Russian Federation sovereign territories with “all means” required, which is a further threat to use nuclear weapons.

Russia’s Foreign Minister Sergei Lavrov has also warned that any region which is annexed by Moscow will come “under full protection,” meaning an attack on those areas is an attack on Russian soil.

Lavrov said, “All of the laws, doctrines, concepts and strategies of the Russian Federation apply to all of its territory,” referring specifically to Russia’s doctrine on the use of nuclear weapons.

The spokesman of the Eastern Group Forces, Serhiy Cherevaty said on Saturday morning, Ukrainian forces have successfully “surrounded the Russian grouping in the area of Lyman,” Donetsk region, five settlements near the city have now been “liberated.”

He continued, “Citizens of Donetsk and Luhansk People’s Republics, Kherson and Zaporizhzhia and other areas free from the Nazi regime.

“We will be talking about the steps of protecting our sovereignty, support of the will and desire of our citizens to decide their will themselves.”