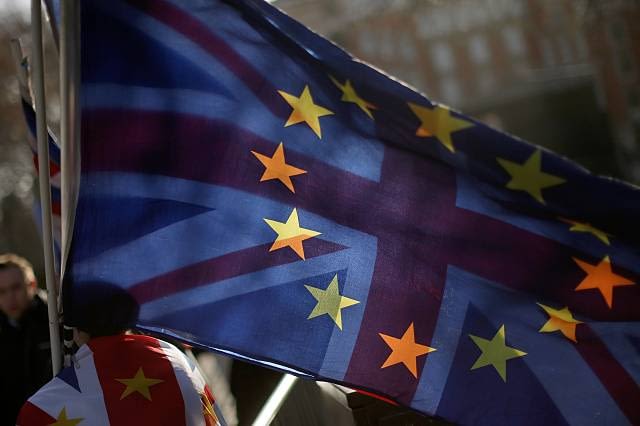 The impact of Brexit on the green industries told by CEOs

In or out, Brexit is hitting the headlines and making an impact on business decision making. Debate has been focussed on things like pharmaceutical stockpiling, seasonal skilled workers and future trade agreements, but what about green industries? 365 Business Finance asked a selection of CEOs of UK businesses operating in the environmental sector their opinions on how Brexit might affect them.

Marc Zornes CEO of Winnow Solutions said, “I don’t think that it’s yet clear what the government’s policy is going to on environmental issues relative to Europe so I would have to see how that plays out before making any commentary.

“There are certainly challenges that arise with Brexit, the biggest challenge that we as an organisation face is ready access to talent. I would hope the UK would like to support us in bringing the best available talent out there, but what I can categorically say is if you look at the application pool, I’ve seen a dramatic decline in European applicants, which I think is quite unfortunate.

“As an organisation where a majority of our sales happen overseas, for us to not be able to access a talent pool across Europe of people that want to come an work and live in London with various languages and cultural skills, frankly it puts us at a disadvantage. I find the Brexit situation around that incredibly frustrating as a result.”

Howard Carter CEO of Incognito said, “Yes, it will do because even less money will be available to the government and businesses. Less money around means less spending on sustainability, especially for companies who would like to do more green things.

“But with less money coming in, those companies won’t have money in their budget to initiate green initiatives. So, yes, it’s going to impact in a negative way. The poorer will get poorer, in general people will have less money to spend on green goods.”

Will Richardson CEO of Green Element said, “I don’t know! I think that the positive side of me says that it won’t make any difference at all because I believe businesses will become more environmental because they have to be in order to survive.

“92% of millennials are buying off ethical brands, the stats are there. There’s also the fact that we introduced the first bit of environmental legislation in the UK to not put coal in the Thames, and that was back in 1249. We’ve had a slew of legislation throughout the ages on environmental legislation. We were the first country to bring in an incorporated climate change act. We introduce ISO 14001 as a British standard back in the 70s which is an environmental management standard, so I think if you pragmatically look at where we’ve come from, it’s not going to suddenly change.”

Kyle Harrison CEO of Handsome Fella said, “Apparently, the government wants to cover all the laws that we have under the EU and bring them into British law, so in the immediate term if all the regulations are going to stay the same then I guess there won’t be that many changes. But obviously, I don’t really know.

Do you have any suppliers based abroad? “Well that’s the thing, we only use British suppliers and we are based in the UK so it’s not really such a problem for us. So specifically, our business should be ok. Obviously, if it becomes harder to trade with Europe that might be a potential difficulty but for us.”

Sandra Sassow CEO of SEab Energy said, “I think it adds to the weight on the business right now, we run the risk that there are so many other factors that sustainability becomes less important. It has a cost implication when other costs are rising. Sustainability should not be allowed to be pushed to the side because of the rising costs of Brexit.”

Nick Mann CEO of Habitat Aid said, “We don’t know yet. Is it going to have an impact on our business in particular? Most likely yes because it’s going to mean that we will have less pressure from importers of plants and seeds, there will be higher barriers to entry for european nurseries to export into the UK which will actually be quite a good thing.

“We won’t have to deal with bio-securities issues and we will have a much firmer grasp of provenance while also managing the size of genetic variation and reduce the number of new subspecies being introduced.”

Sean Peters CEO of Drygro said, “I’ve heard a lot of flowery talk about around how Brexit won’t affect any of the current sustainability initiatives. I think Brexit will affect sustainable business in a number of ways.

Chris Forbes CEO of The Cheeky Panda said, “No this should happen regardless of not if we are in the EU, it’s a global movement.”

Original question: Do you think Brexit is going to have an impact on sustainable business?