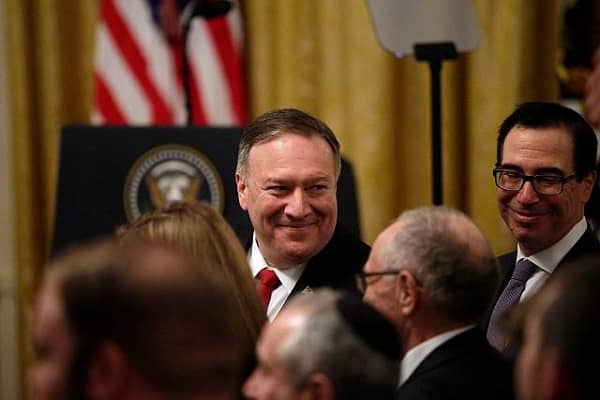 The meeting of G7 foreign ministers has now been cancelled amid coronavirus outbreak, the conference will now be held via video link.

G7 was scheduled to take place on 24 to 25 March in Pittsburgh in America.

Michael Pompeo, the US secretary of state said, “We thank the city of Pittsburgh for its willingness to host this year’s G7 ministerial and for the support and assistance planning this year’s event. We look forward to holding future events there.”

Centers for Disease Control and Prevention Director Robert Redfield told a congressional committee the virus has spread to at least 38 states.

“And there’s a lot of people coming back and forth from Europe that are now starting to seed these communities.”

On Wednesday afternoon, the World Health Organization (WHO) has now categorised the deadly coronavirus outbreak as a global pandemic.

“We have therefore made the assessment that COVID19 can be characterized as a pandemic.”

They have provided a conservative rate that it is most likely they have each passed it on to at least two people, therefore it is more likely 9,484 people would have been infected in the US by 1 March.

The US and Chinese scientists said they simulated the coronavirus outbreak using confirmed numbers, that 20 people in America had the virus by 29 February.

From those 20 infected people eight did visit Wuhan, China before they returned back to America.