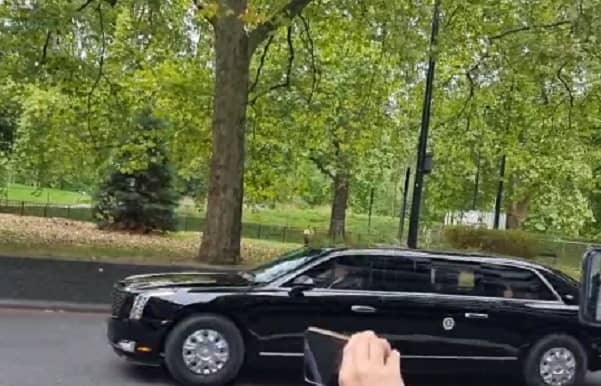 The US President Joe Biden and the First Lady experienced a London traffic jam and the presidential armored car and his entourage came to “a standstill.”

President Biden was held up in traffic outside a Pret a Manger restaurant near to Marble Arch in his car known as the “Beast” on Monday morning.”

American President comes to a standstill in London traffic near Marble Arch. Might as well have taken the bus. pic.twitter.com/lJ2nNE5kC9

Joe Armitage, a 27-year-old political consultant, filmed the moment when President Biden’s car came to a standstill and members of the public could be seen trying to approach his car, but were quickly stopped by the police.

Armitage told the PA news agency, “Everybody was aghast when the massive motorcade with half a dozen outriders came to a complete stop and the president of the United States came into view, just a metre away.

“People attempted to walk up to his window but were quickly ordered away.”