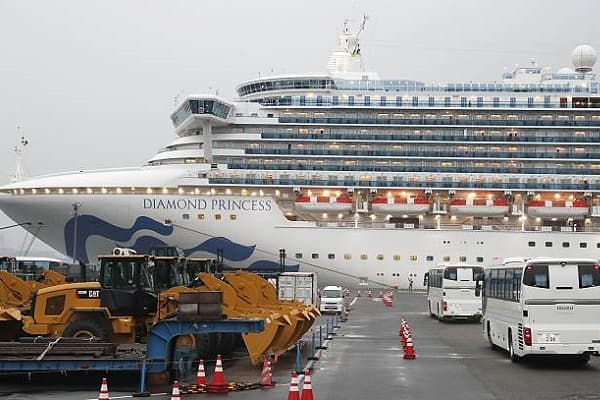 British passenger dies from coronavirus whilst in quarantine

This is the first UK death of a British citizen reported in the world, Japanese agency Kyodo said this afternoon a Diamond Princess passenger “of British nationality” has died.

A Foreign Office spokesperson said, “We are supporting the family of a British man who has died in Japan and are in contact with local authorities. Our sympathies and thoughts are with his family at this difficult time.”

Kyodo News said six people from the cruise ship have now died and the British passenger is the first foreign person to die.

Health Minister Jo Churchill has said she was aware a British man who had been on board the Diamond Princess cruise ship, his name and age has not been released.

Churchill told BBC Radio 4’s World At One programme, “The Foreign Office are supporting the family of a British man who has been very poorly and was a passenger on board the Diamond Princess.

“I haven’t had confirmation, because obviously I’m on the telephone to you, but I was aware there was a gentleman who was very, very poorly.

“I’m sure like me your thoughts and sympathies go out to his family at this time.”

Boris Johnson will chair an emergency COBRA meeting on Monday to discuss the growing numbers of coronavirus cases in Europe.

Three more cases were confirmed in the UK on Friday, including the first case of coronavirus in Wales, bringing the total to 19 cases.

A total of 83,704 cases are reported worldwide and there has been 2,859 confirmed deaths, according to the respected global medical researcher Johns Hopkins hospital.

“The public is fearful, wants information and needs to know their leaders have got a grip.”

“Our dedicated care team are on hand to provide support.”