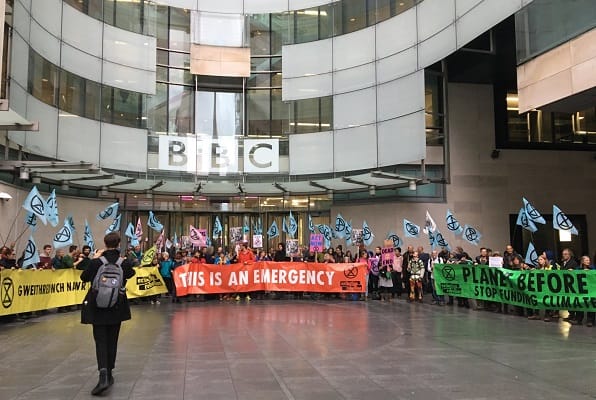 BBC YOUR SILENCE IS DEADLY

The BBC have locked the building down and no one is allowed in or out over safety concerns.

Some 40 protesters are camped outside the BBC with banners saying, “BBC your silence is deadly” and “stop funding climate change.”

Locked out of BBC by extinction rebellion pic.twitter.com/BGLzsPrVY3

Police have made arrests on the fifth successive day of protests across London. More than 1,000 climate change protesters have been arrested in five days, compared with more than 1,100 arrest in 11 days during the protests in April.