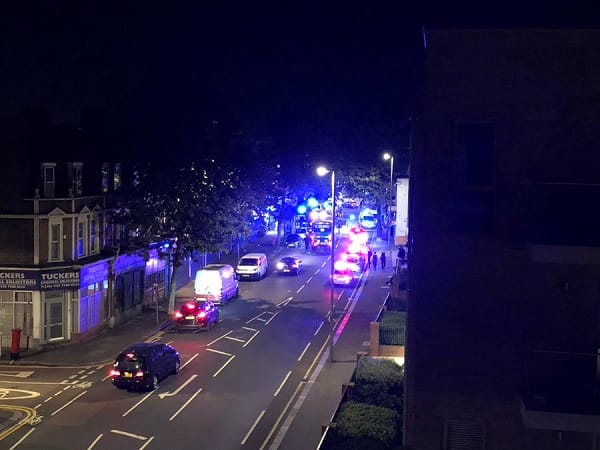 A police officer was stabbed with a machete in Leyton, east London, last night.

The “sudden and brutal attack” took place as the officer in his thirties tried to stop a van. He was stabbed multiple times but managed to use his Taser to subdue the suspect.

His colleague then stepped in to arrest the suspect following the stabbing, shortly after midnight.

Insp Julia James, from North East Command Unit, said: “This was a sudden and brutal attack on a uniformed officer carrying out their duties.

“What began as a routine vehicle stop has transformed very quickly and unexpectedly into an unprovoked attack with a weapon.”