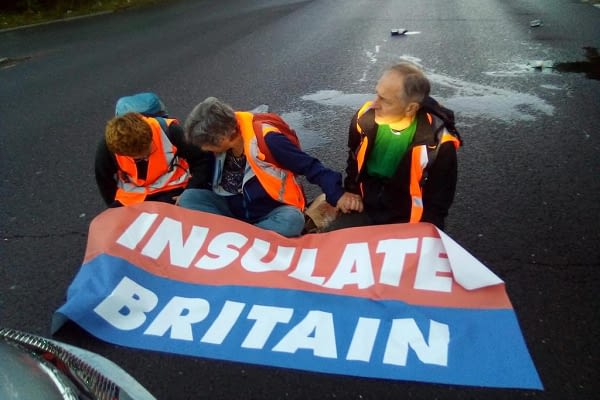 M25 blocked again as protestors glue their hands to the tarmac

Insulate Britain have blocked the M25 yet again causing chaos at Junction 30 for Thurrock in Essex.

Essex Police arrested nine protestors from Insulate Britain which marks the eighth day of action from the group.

Essex Police wrote on Twitter, “We are working to get the road reopened and traffic flowing again as soon as possible.”

It added, “We were called to reports of people blocking the road and officers responded within minutes.

“We are currently working to resolve the situation as quickly and safely as possible.

“We know this will be frustrating for people using the road but we appreciate your patience and understanding.”

Insulate Britain, who are calling on the Government to insulate all UK homes by 2030 to cut carbon emissions, said in a statement, “We are raising the tempo this week as, despite the urgency of the situation, there has been no meaningful response from the Government to our demands.

“We are deeply concerned that with rising fuel bills and not enough action on insulation, there will be further unnecessary suffering and deaths among the most vulnerable this winter.

“It’s not just cold and hungry Britain, it’s billions of pounds wasted on fuel costs for everyone.

“Failing to help hardworking families, failing to stop poverty fuel deaths, failing to protect the country we love from the biggest threat it has ever faced.

“We need our Government to keep us safe. Boris, get on with the job.”

They added that their actions “are in breach of a High Court injunction” obtained by the Government last week.