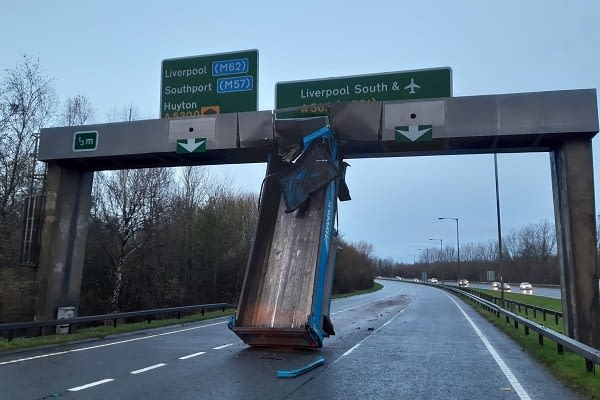 Cheshire Police have posted on their Twitter account that a motorway was blocked after a trailer got wedged up right on a motorway gantry.

Following a collision on the A562 police were called an had to close the Westbound carriageway.

Officers attended to reports of a collision on the A562 Speke Road, Widnes and found that a HGV had collided with a gantry near to Hale Road slip road.

Cheshire police said, “There are no reports of any injuries but recovery work will need to take place and the gantry will need to be checked for structural stability.

“As a result of the incident the westbound carriageway is currently closed and a number of diversions are in place, including:

“Emergency Services are working hard to clear the closure as soon as possible but the road is expected to be closed for several hours.”