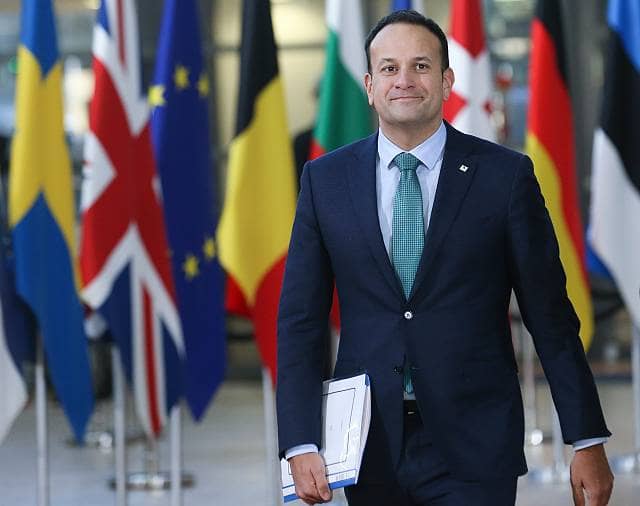 Leo Varadkar ignores his own advice and picnics with friends

The Irish leader Leo Varadkar has been forced to defend himself after pictures have emerged of him having a picnic with friends at a park in Dublin.

Day earlier a senior civil servant told people that they are not allowed to picnic of meet with friends from different households.

He has faced a barrage of criticism after he and his partner Mathew Barrett and friends were photographed on Sunday afternoon.

The Taoiseach spokesman said, “Last Sunday afternoon, he and his partner met two friends in the Phoenix Park.

“As is allowed in Phase One, this involved a group of four people meeting outdoors who were within 5km of home and stayed physically apart.

“Government guidelines allow people to spend time in the outdoors within 5km of their home while continuing to observe social distancing and good hygiene.

“There are no specific Government guidelines on eating outdoors or picnics.”

Turning a conservative 2m measure horizontally shows he's 1m from one man and 0.5m from the other#SocialDistancing is to be taking serious. #Covid19 is highly contagious and lethal#dominiccummimgs #liveline #cblive #Dail#phoenixpark #rtept pic.twitter.com/IFzk2i09a0

Varadkar’s spokesman insisted that he has “broke no laws, breached no regulations and observed public health guidance.”

He also referred to the Irish leader’s decision to relocate himself to a state-owned residence on Dublin’s Farmleigh Estate during the coronavirus outbreak.

He said, “Regarding Stewards Lodge, a four-bedroom house on the grounds of Farmleigh, security is provided by the Taoiseach’s regular Garda security detail, IT and home office supports by the Department of the Taoiseach

“There are no staff and no domestic services are provided.

“As has been the practice for many years, the Taoiseach pays a nightly fee for the use of the house.”

Liz Canavan, Department of the Taoiseach Assistance Secretary General last week said his decision to have a picnic and meet friends does fly in the face of the guidelines.

Canavan outlined the first phase of easing the lockdown, “If you’re visiting a public amenity try not to stay too long at the site or have picnics.

“Please do your exercise and then go home.”