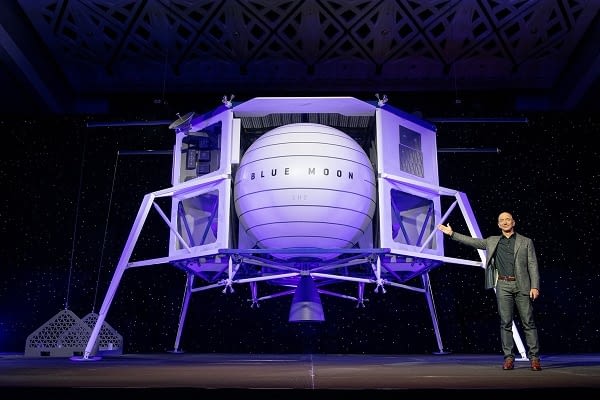 Amazon founder Jeff Bezos has announced plans to send a spaceship to the moon by 2024.

The unmanned spacecraft will carry scientific instruments, carry four rovers to the moon, and be able to launch satellites to orbit the Moon, Bezos said.

There will be a new rocket engine called BE-7 that will be able to blast 10,000Ib of thrust, and said his space company can help NASA with their targets to put man back on the moon by 2024.

Bezos said, “We can help meet that timeline but only because we started three years ago.”

The Blue Moon lander will hold enough rocket fuel to travel from Earth to the Moon.