Home Business NewsPolitics News How popular is Theresa May? 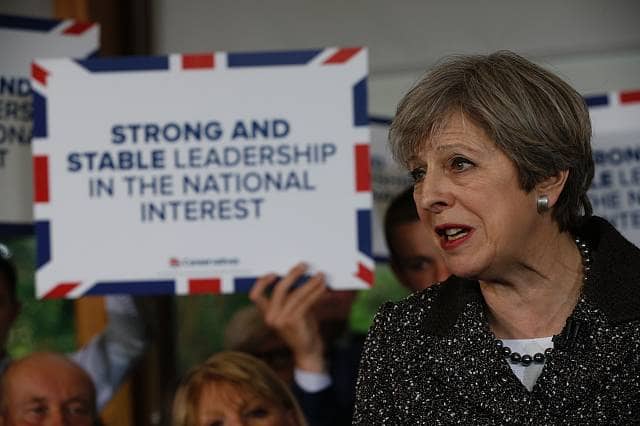 How popular is Theresa May?

Theresa May is more popular with voters than any other leader since the 1970s, this is according to a new poll.

Almost 61 per cent of voters believe May is the best candidate for Prime Minister, only 23 per cent said that Jeremy Corbyn would make a good leader for the country.

May’s score of 61 per cent is also the highest recorded by the polling company Ipsos Mori since it started asking the question back in 1979.

As well as this the poll suggests that the most important factor when considering who to vote for is the subject surrounding Brexit.

Gideon Skinner, head of political research at Ipsos MORI, said: “The Conservatives’ focus on leadership seems to be working for them – it was a key strength of theirs in 2015, and now their lead has increased even further, while voters also say leadership is a more important issue.

“The commitment of their supporters is also striking, compared with other parties – once again, especially to Theresa May’s leadership.

“This has all helped them to match the biggest lead we’ve ever recorded for the Conservatives in an election campaign, back in 1983.”