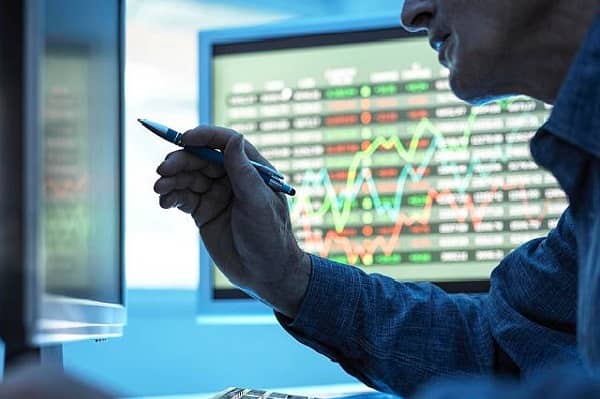 The Government has now confirmed that the Small Business Grants Fund (SBGF),  the Retail, Hospitality and Leisure Grants Fund (RHLGF) and the Discretionary Grant Fund allocated to Local Authorities to pay businesses suffering from the impact of Covid-19 should close by Friday, 28 August 2020.

This is despite the fact that many thousands of small businesses are still struggling to receive their grant funding, given delays in the system- through no fault of their own.

The original grant schemes were set up on 23 March, 2020 as the country went into Lockdown and were supplemented by the Discretion Grant Fund set up in May which was supposed to plug the gap for those businesses who were struggling to access the initial funds.

According to data published by the Government, £1.58bn of the grants funds are still to be distributed and business rates experts at Colliers International are calling for this to be distributed to those small businesses who have fallen between the cracks and have not received grant monies either from these schemes or the later £617m ‘Discretionary Fund.’

“ We have had a bizarre scenario where there are some areas of the country with still “too much grant” to pay out, such as Cornwall who has paid out £235m of its whopping £281m grant, says John Webber, Head of Business Rates at Colliers International, “but other parts of the country where the grant allocations were simply not big enough.”

Webber cites the major cities, particularly London where this has been the case. The City of London, for example in comparison to Cornwall only received a £14.74m allocation, despite the recognised large number of businesses based there. As a result, the funds both there and in Westminster were quickly oversubscribed.

One of the problems is that the initial grant was granted to those retail and smaller companies based on whether they were in receipt of small business rates relief. In London this meant they needed to have a RV (rateable value) of under £15,000. However, because RV is based on rents, many London businesses were not eligible given the high level of rents in London compared to elsewhere in the country.

“Several thousand of those had not yet been allocated a business rates liability, because the buildings they were in had yet not been split into individual units for this purpose and without this assessment the businesses could not claim the grant.”

Colliers had estimated that there were 6,000 businesses in London alone in serviced office space who were not able to access the SBGF. These were relying on the Discretionary Grant to be the answer to their prayers. “We were working with many of these to obtain support, either by helping the VOA split buildings so the businesses could claim the SBGF or by helping grant applications to the Discretionary fund.” says Webber.

However, the discretionary grant scheme, brought in to plug the gap has “spectacularly failed to do so” continued Webber. The Government  told every local authority it needed to allocate an extra 5% of  grant to spend as it thought fit- but there was no reallocation between boroughs and so did not take into account the actual number of businesses in a particular borough that might be eligible for such relief.

Many local authorities therefore claimed that the pot for the discretionary fund was far too small to help the businesses that could qualify. In Manchester, the Local Authority for example had an additional £5.4 m to distribute via its discretionary fund. However, Manchester City Council said this would only be enough for, at most, about 1 in 30 of the small businesses who could qualify.

And again, this has been a big issue in London. For example, the City of London with an initial grant of £14.74m, only had an extra 5% or £737,000 to allocate. At £10k per business to distribute this means it could only distribute to 73 businesses- so even more businesses have failed to receive vital funds.

One central London Council received 1000 applications in just 2 days but only had funding for about 300 to give out.

Webber added, “It’s been a postcode lottery as to how and if a business actually managed to benefit from these grants. In terms of the discretionary grant fund, unlike receiving funds from the SBGF, businesses also had to evidence a loss of income resulting from Covid 19 to receive grant monies, and different boroughs gave different deadline dates and conditions for applications. It’s been confusing and inconsistent.”

“Now the Government has announced the end of all the grant schemes, we have a further problem. There are some businesses out there who would be eligible for relief but there has not yet been time to split the buildings they are in into individual rating assessments.

“The VOA is massively under resourced but until they do this, these small businesses are unable to claim the grants. Many buildings are currently still stuck in the process of being split and assessed. The deadline date of  28 August  means many of the small businesses in them will simply run out of time to claim.”

“We are therefore petitioning that the Government takes this into account and rather than return unused grant monies to BEIS, it redistributes the £1.58bn left to support those businesses, particularly small businesses in serviced offices who have still missed out on funds so far.”

As Webber concluded,“It’s ridiculous that with the discretionary fund, the City of London only had enough money to help an extra 73 small businesses – when everyone knows this borough has been at the heart of small businesses working in serviced office space and that such businesses  are the lifeblood of our economy reviving.

“And is totally unfair that those businesses who are in the system are going to be counted out of time purely due to the slowness of the VOA, which is after all a government body, in processing the assessments.”

“There are thousands of eligible businesses that need this grant help which have still been denied it-purely because it is based on having a small business rates valuation. Let’s hope this £1.58bn is properly redistributed and those small businesses are finally given the much-needed support they vitally need.”