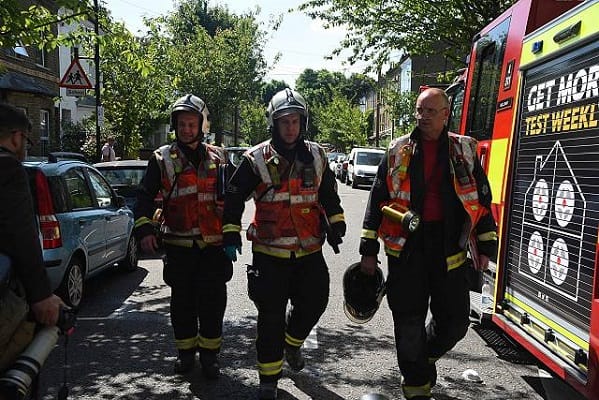 Explosions in Kent with ‘massive fireballs’ visible for miles

According to local reports three huge explosions were heard on Tuesday morning in Maidstone, Kent with “massive fireballs” seen for miles.

One person wrote on Twitter, “Huge explosions near me in Kent near Ashford/Maidstone.

“Massive fireballs. Seen from four miles away. Anyone know anything?”

He added, “I’m near Ulcombe in Kent. Walking east from Sutton Valence.

“Three explosions. First had a fireball at least 250/300ft high. I’m guessing I was four miles away.”

Another person said there was “unusually a lot of smoke” which “disappeared and then the huge explosion.”

He added: “Given the lag before we heard the boom I’m guessing maybe five to six miles from me.”

A spokesperson from Kent Fire and Rescue Service said, they are “responding to a fire on a farm in Knowle Hill, Ulcombe, near Maidstone.

“Two fire engines and a bulk water carrier are on the scene, and crews are tackling the blaze with hose reel jets.”

A spokesperson said in an update, “The fire is now out and crews are damping down any remaining hot spots.

“Gas cylinders exploded in the fire early on in the incident, resulting in loud bangs heard by the local community.

“There are no reported casualties, however a number of chickens have died in the fire.

“The cause of the fire is not yet known.”

Fourth round of trade talks: Government edges closer to ‘Golden...

London is not ‘protected’ from a nuclear attack and would...

Russia warns they will ‘immediately’ launch a ‘high precision’ attack...

UK is among top countries most intrigued about Bitcoin

UK developers are the highest paid in Europe and third...

Are Brits abiding by Covid-19 rules?