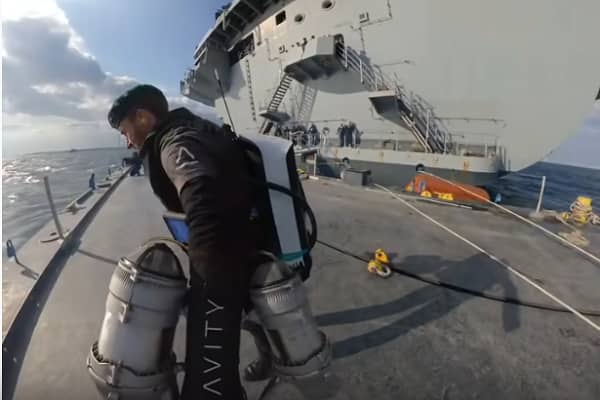 Real life “Iron Man” Richard Browning the man behind Gravity Industries has once again taken to the skies.

This time Browning was filmed flying in his jetpack around HMS Queen Elizabeth, the Royal Navy’s new aircraft carrier.

Browning can be seen in the video flying from HMS Queen Elizabeth in front of a group of potential investors and US military defence teams, at the US Naval Academy.

Recently Browning broke the Guinness World Record for flying at a speed of more than 85mph.