Home Business News Watch: A Russian tank explodes and the turret is blasted 250ft in a huge fireball after a Ukrainian missile strike 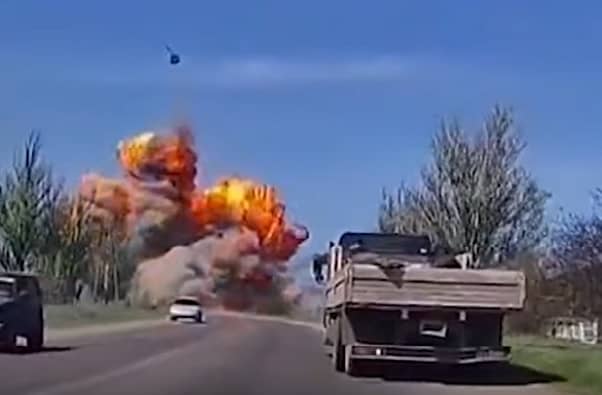 Watch: A Russian tank explodes and the turret is blasted 250ft in a huge fireball after a Ukrainian missile strike

A Russian tank was filmed being hit by a Ukrainian missile exploded into a huge fireball sending the 4,000 pound turret being blasted 250ft into the air.

The video was shared to Phoenix TV’s Youtube Channel and the press team said they were on their way to Mariupol to cover the evacuation of civilians from the besieged Azovstal steel plant.

They added the driver was forced to perform an “emergency deceleration to avoid danger.”