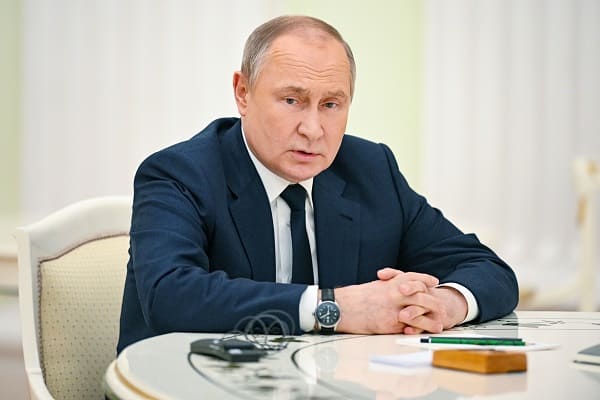 Vladimir Putin has thrown his top General out of power amid the slow progress in the Donbas region with reports that General Alexander Dvornikov has lost faith in the Russian President.

The “Butcher of Aleppo” General Dvornikov was sacked by Putin because he is furious with his progress in eastern Ukraine as he took too long to capture the Donbas.

According to Samuel Ramani, an associate fellow at the Royal United Services Institute in London he was thrown out of power over his failure to take the Ukrainian capital, Kyiv in March.

Christo Grozev, an investigative journalist for Bellingcat said, “The reputation of Dvornikov from Syria within the army was not very high.

“They presented to the public that he was a tough strategist, but they already knew that his ability to coordinate different types of troops was not very high.

“He drinks alcohol to excess and decides on situations, such as when to start war, in the middle of the night without any intelligence support.”

Putin has replaced the “drunk Butcher from Aleppo” with another drunk General who drinks a litre of Vodka every day and eats five meals a daily and weighs a shocking 20 stone, he is so fat he has to have his uniforms specially made for him because he is so obese.

The retired General who is almost 70-years of age and has been described as a “second rate” commander will now oversee Russian special forces in eastern Ukraine.

Major General Pavel, 67, is a veteran of the Afghanistan war and has been retired for many years after serving 40-years in the Russian Army.

“Most of his best and battle-hardened senior commanders have been killed or injured fighting in Ukraine so he is resorting to sending second rate officers to the front who don’t last very long.

“He is now dragging generals out of retirement and one of those is General Pavel.

“Putin is like a mafia boss who no one can refuse to obey.

“If a retired general gets a message from Putin saying mother Russia needs you to fight in Ukraine there is not much you can do.

“There is now escape from Russia thanks to the sanctions.”

On Saturday Russia and Ukraine both said that the eastern Ukrainian city of Sievierodonetsk is now fully occupied by Russian forces.

This the largest setback for the Ukrainian President Voloymyr Zelensky which has been called a “tactical withdrawal” after more than a month of some the most intense and bloodiest fighting the war has seen so far.