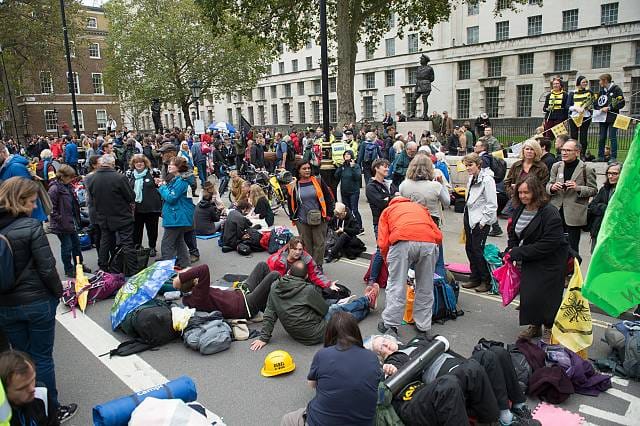 The Metropolitan Police have arrested more than 800 protesters across London in since Monday, compared to just over 1,100 people arrested in April over 11 days.

Activists were ordered to protest at Trafalgar Square or face arrest, as they refuse to take orders from the police the arrests are growing fast.

Thousands of protesters are demonstrating and are not fazed in being arrested a they are demanding the government to take urgent action on climate change.

Some 80 tonnes of XR equipment has been seized, to include tents, camping equipment and generators to prevent the ongoing disruption in London.

Over half of Brits won’t work for businesses that don’t...