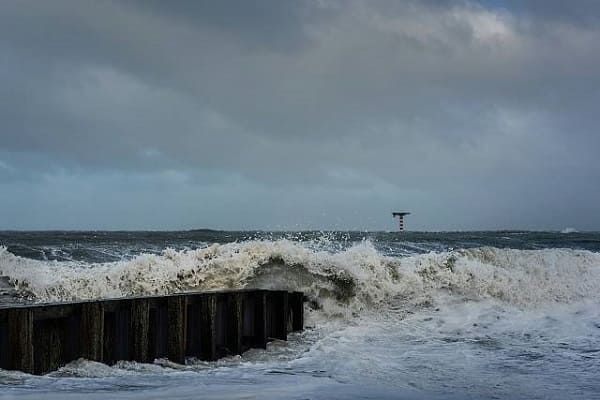 The Met Office has warned Storm Jorge is to hit the UK this weekend bringing torrential rain and 70mph winds. A number of weather warnings have been issued by the Met Office in the coming days.

Chief Meteorologist at the Met Office, Paul Gundersen, said: “This weekend we’ll see another named Storm bring strong winds to parts of the UK with several wind and rain warnings in place.

“On Friday a band of rain associated with Storm Jorge will move across the UK – we have issued rain warnings for parts of Wales and northern England, where rain will be heaviest and we could see 60-80mm possible over the highest ground.

“South-westerly winds will strengthen through Saturday morning and it’ll turn widely windy except for northern Scotland, with wind warnings in place for Northern Ireland, Wales, southern Scotland and much of England.

“Where warnings are in place gusts of 50-60mph are likely quite widely with 65-70mph possible in coastal areas, however the strongest and most damaging winds are expected across the Republic of Ireland.”