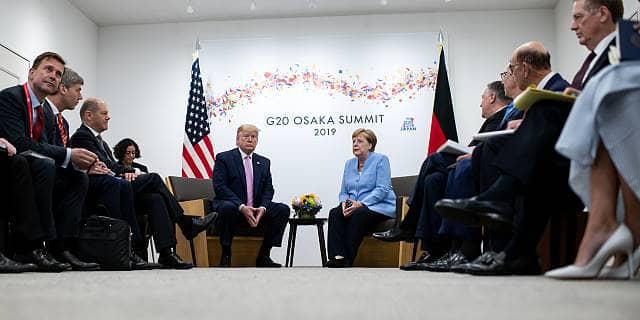 The G20 Summit in Osaka, Japan over June 28 and 29 is set to consider further measures, put forward by the OECD and the G20 Finance Ministers Meeting in Fukuoka earlier in the month, that seek to impair the growth of multinational enterprises and the huge social benefits they provide.

It is a standing sport for governments to ridicule multinational enterprises and engineer popular opinions against them. This is because they represent a challenge to the national power bases of politicians and, at the same time, are so visible that they may be easily singled out for penal tax treatment. All that it requires is the “scandal” of such episodes as “The Panama Papers” for public envy to be awakened and justification for a wide range of measures directed at companies seen not to pay their dues.

The OECD is once more lobbying hard at the G20 Summit to further their agenda against multinationals – using their home grown concepts such as “base erosion” and “income inclusion” to ensure that no advantage can be gained from “transfer pricing” and income concentrations in low tax countries. The OECD’s crusade against what they label as “tax havens” has actually been no more than a witch hunt directed both at the practice of parking funds in tax neutral accounts prior to investment in new projects and the bullying of small nations that rely on international banking services to keep their otherwise weak economies alive.

In fact, over 50% of global foreign direct investment arises from such perceived pariah states. Far from being locations for personal enrichment, they function as vehicles to create jobs, often in countries where the economic case for investment may otherwise be weak or uncertain.

Look closer and the picture is not one of tax evasion or exploitation, but a high level of legal compliance and widespread benefit for the populations where Multinationals are present. Multinational operations account for over one third of World production, half of World exports and 25% of World employment. They are more efficient than most local employers, spend a high proportion of their income on research and development and generally operate as “good employers” in the formal economy – where employees pay their taxes.

According to Robin Chater, Secretary-General of the Federation of International Employers (FedEE) said, “For corruption it is necessary to look first and foremost at governments and politicians, not major companies. The anti-globalisation and “fat-cat” images so covertly nurtured by the OECD are simply diversions to prevent serious questions being directed at governments sustaining an unjustified tax take now often well in excess of 40% of GDP.

“When workers have to get through Monday and Tuesday of each working week before they can achieve one cent of income for themselves is just slavery, tax slavery, and why everyone puts up with it is a constant mystery. Likewise, companies are taxed to create jobs rather than incentivised to generate them. Can anyone blame them for operating where the tax burden is less, or for automating jobs out of existence?”

May tells Putin at G20 Salisbury Novichok attack was ‘unacceptable’

Use G20 to ease trade tensions and help all small...