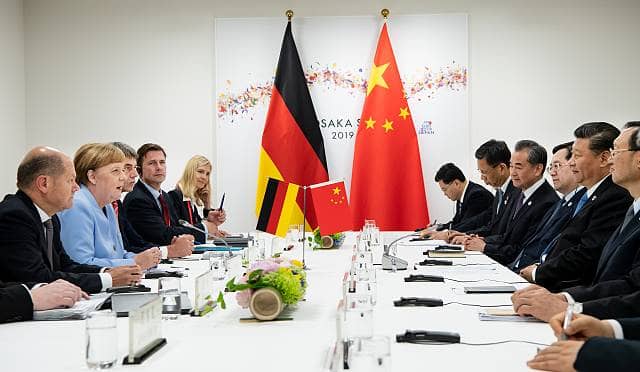 At their Summit in Osaka this weekend, G20 leaders agreed on a range of priorities for which analysis and support from the OECD and other international organisations are playing a crucial role.

Despite heightened tensions – in particular on trade and climate change – the leaders agreed to move forward on a broad raft of key issues. They include helping society adapt to the digital transformation of our economies, empowering women, tackling inequalities, meeting the challenges of an ageing society, promoting quality infrastructure, addressing environmental degradation and strengthening the international tax system.

Speaking to the leaders during their talks on the digital economy, OECD Secretary-General Angel Gurría said the profound impact of the digital revolution on our societies required common policies.

He welcomed their endorsement of the G20 Artificial Intelligence (AI) Principles, based largely on consultations led by the OECD while drawing up its own principles. Gurría said, “You are affirming that the AI we want is centred on people, respects ethical and democratic values, is transparent, safe and accountable. ”

AI, and all data-intensive technology, raised questions about, accountability, inclusiveness and trust, he said, adding that the Principles complemented President Shinzo Abe of Japan’s initiative on the Free Flow of Data with Trust.

In their declaration at the close of the Summit, the leaders welcomed recent progress on addressing the tax challenges arising from the digitalisation of the economy and said they would redouble efforts for a consensus-based solution by 2020. They reaffirmed the importance of worldwide implementation of the G20/OECD Base Erosion and Profit Shifting (BEPS) package.

The leaders affirmed that gender equality and women’s empowerment are essential for achieving sustainable and inclusive economic growth. Progress was being made toward a G20 goal of reducing the gap in the proportions of men and women in paid work by 25 percent by 2020, according to a joint OECD/International Labour Organisation report (URL) presented at the Summit,

But speaking at a Summit event, OECD Chief of Staff and Sherpa to the G20 Gabriela Ramos said not all countries were making sufficient progress. The gender pay gap was still on average 17 percent in G20 countries, with women still shouldering a disproportionate share of unpaid and part-time work.

She said Japan, along with Argentina, Brazil and Korea, had achieved the largest reductions in the gender gap in labour force participation.

“Empowering women everywhere means stepping up efforts and changing the culture. We must eliminate discriminatory rules and stereotypes in education and the media,” Ramos said.

On climate change the US reiterated its decision to withdraw from the Paris Agreement on limiting greenhouse gas emissions, but the 19 other leaders reaffirmed their commitment to implement its obligations.

OECD papers on promoting a transition to cleaner energy informed the G20 debate on climate change.

Russia’s war of aggression against Ukraine continues to create serious...