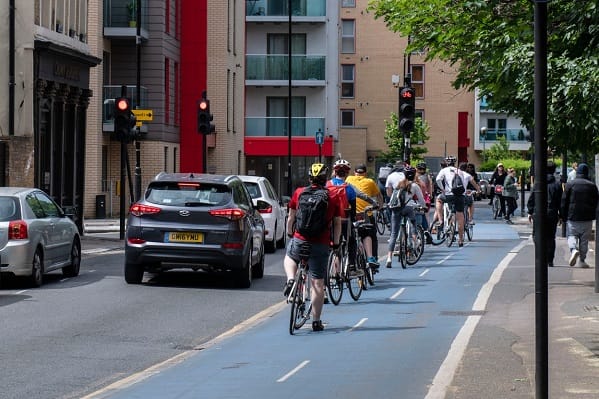 Cycling is on the rise in the capital, despite the colder weather, with Lime, the UK leader in micro mobility, reporting a 127% uptake in e-bike rides between March and October 2020. The leading micromobility company has also achieved its 2 million rides milestone in the capital alone.

The number of trips taken in October this year has increased by 24% compared to the peak summer months of June and July, despite the darker evenings and wetter weather.

In stark comparison to 2019, which saw a 38% drop in rides between August and October, 2020 has remained stable, with just a 6% drop between the busiest summer month (August) and the start of winter. Riders are also taking longer journeys than last year with the average length increasing by 82% to 1.5 miles.

There has been a considerable decrease (20%) in the number of journeys into Central London during commuting hours, as many Londoners remain at home. However, 5pm remains the most popular time to explore the city, with Soho proving a popular location for rides.

As the UK is set to introduce new measures as part of it’s “green industrial revolution”, figures from Lime show that Londoners are already rethinking how they can get around more sustainably as people continue to seek out new, socially distanced and environmentally friendly modes of transport.

Florence Milner, General Manager, UK & Ireland at Lime said: “During the first lockdown we saw traffic levels drop by nearly 80%, with many turning to cycling as a way to get around. This experience highlighted how much better the air quality could be if there were less cars on the road.

“These latest figures show that people are still willing to choose the sustainable option even when it’s not the height of summer and it is a promising look of what the future of sustainable transport can be. As we return back to ‘normal’, it is important we continue with this momentum and avoid a car-based recovery, focusing on the introduction of more cycle lanes and new forms of sustainable transport in the capital, such as e-scooters.”

Lime’s e-bikes have now covered more than 1,600,000 miles, replacing nearly 50,000 car trips and saving more than 570 tonnes of CO2 in the capital. The micro mobility company is looking to increase its impact further through its partnership with Pedal Me, London’s world leading e-cargo and passenger bike service, which is expected to save approximately 60,000 vehicle miles per year from the Capital’s roads – meaning cleaner, healthier air for Londoners.

In addition to this, Lime has committed to being carbon negative throughout its business by 2025, and has joined forces with WWF to launch it’s Ride Green initiative, which aims to promote cleaner modes of transport and advocate for improved urban mobility.