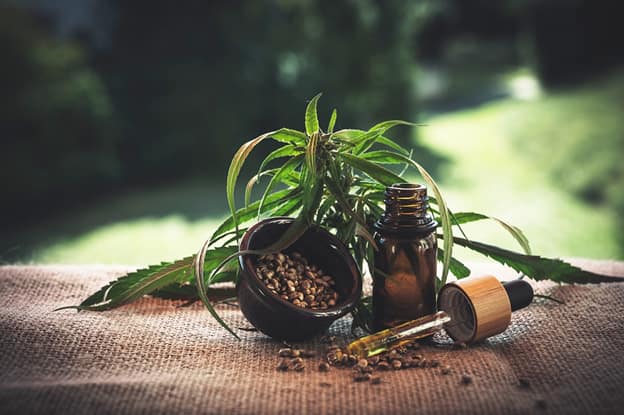 written by John Saunders 21st Feb 20 11:25 am
What is anxiety? Anxiety is a natural and healthy emotion, induced by a real or supposed threat. It is a survival mechanism which provides the individual with better adaptability and reactivity in the face of danger. This mechanism enabled the first men to survive by providing an adequate response when confronted with dangerous situations.CBD oil can be the natural answers for many patients to fight anxiety. It is now easy to get high-quality CBD weed in the UK, thanks to leading CBD online suppliers such as JustBob.Nowadays, we feel anxiety in the face of multiple situations, which are rarely a matter of danger and survival. However, our perception of these situations and the fear generated is often out of step with their relative importance.Depending on the severity and manifestation of anxiety, the following main disorders are associated with it:

Serotonin is also called the happiness hormone because it is often associated with mood regulation. It is a neurotransmitter, that is to say, a substance which promotes the transmission of chemical signal exchanges in different areas of the brain.

The serotonin plays a role in several other critical physiological processes such as the regulation of sleep, sexual desire, appetite control or pain.

The standard treatments prescribed for anxiety intervene, among other things on the regulation of serotonin. A low serotonin level is generally observed in individuals with these forms of disorders. SSRI treatments (Selective Serotonin Reuptake Inhibitor: Prozac, for example) work by blocking the recovery of serotonin via a precise neuroreceptor ( 5-HT1A ) and increase the amount of serotonin in synapses.

This availability of serotonin results in a higher number of signals sent by brain cells, improving mood and reducing anxiety.

How does CBD oil interact with serotonin?

Neurogenesis is the process of creating new brain cells. It plays a crucial role in neuroplasticity (our brain’s ability to learn), and related processes like learning and memory.

This process of permanent creation of neurons takes place in the hippocampus, a cerebral region which plays a significant role in various biological functions (memory, learning, spatial orientation and emotional regulation) and which is part of the limbic system.

Neurogenesis takes place in this area of ​​the brain throughout life, although this creative process tends to falter with age.

Low rates of neurogenesis have been observed in people with anxiety and depression. Yet, researchers, through clinical studies, have discovered that the endocannabinoid system plays a vital role in this cell creation process because some cannabinoids like the CBD, but also the THC promote regeneration of neurons in the hippocampus.

The anxiolytic effects of CBD oil are thought to be due to the activation of cannabinoid CB1 receptors, which could play a role in neurogenesis.

How does CBD oil regulate anxiety?

The 5-HT1A serotonin neuroreceptors play a role in regulating serotonin levels. Taking CBD activates these 5-HT1A receptors, resulting in a feeling of well-being, which has a positive effect on morale and reduces anxiety.

Where is the research on CBD oil and anxiety at?

Most research on cannabinoids and anxiety to date has focused on the use of cannabis only, including THC. However, there are a few studies that have looked at the use of cannabidiol (CBD) in the treatment of anxiety, and the results are very promising.

A study found that Cannabidiol (CBD) could reduce the symptoms of people with Social Anxiety Disorder (SAD), thanks to changes in blood flow to areas of the brain closely related to anxiety. In this study, cannabidiol not only helped participants to feel better overall but also changed the way their brains reacted to stress.

Another study carried out in 2011 also concluded that cannabidiol could reduce social anxiety, especially the stress associated with public speaking.

What you must remember

The role of cannabidiol (CBD) in the treatment of anxiety disorders is not yet clearly defined. More studies are needed to understand the interactions of CBD oil with anxiety better and to assess the risks.

Mechanisms explaining the anxiolytic effect of CBD oil have however been identified. They are the regulation of serotonin levels, the role of the endocannabinoid system in neurogenesis, and the activation of anxiety regulating receptors.

If you have anxiety and are considering taking CBD oil, we recommend that you speak to your doctor first. Then, reach out the best CBD retailers to make sure you get some high-quality CBD oils and CBD flowers. JustBob.shop is the British website to buy the best CBD online. It is the European leader in terms of CBD products through the internet.