Vaccinated Brits could holiday in Greece from May

In an attempt to kick start the tourism industry, discussions are under way for vaccinated to Brits to be allowed to go on holiday in Greece from May.

According to The Times, if British holidaymakers can prove that they have had a vaccine then they could be allowed into Greece, as plans are currently being discussed in Athens.

Athens are also considering vaccinating all airport staff and holiday workers to prevent any outbreaks during the holiday season.

This comes as the Prime Minister announced on Monday that foreign travel could be allowed ffom 17 May at the earliest.

The Greek Tourism Minister, Harry Theocharis told the Financial Times, “Looking at the reaction of some countries to vaccination certificate proposals, I feel there’s a lot of short sightedness.

“There’s more to be done now to prepare ourselves. Some countries are very much preoccupied with now. We need to move more quickly.” 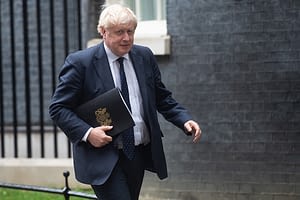