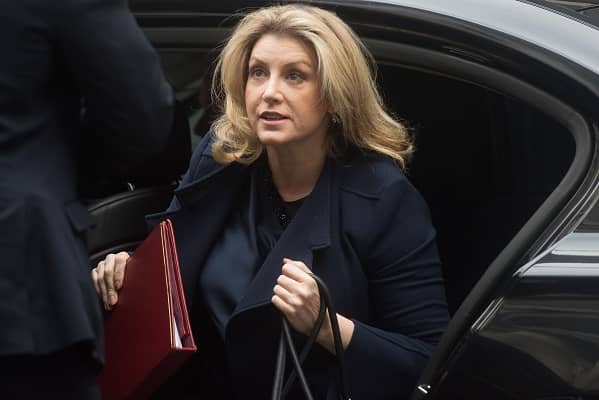 Tory MP Penny Mordaunt and the former Conservative leadership candidate was sent a horrific letter last week threatening to “shoot her in the head” and “kill her family” Police have confirmed.

A serious investigation has been opened by Hampshire Police after Mordaunt who is the MP for Portsmouth North received the vile note.

Donna Jones, police and crime commissioner for Hampshire said the threats against the Tory MP are “deeply worrying.”

A police spokesman said, “At 11.50am on July 22, we received a report of a letter containing threats to kill a Portsmouth woman and her family which was sent to her office in Lakeside, North Harbour.

“We attended and safeguarding measures were put in place to minimise the risk to the woman and her family, employees and the wider community.

“Our inquiries into this incident are ongoing and it has been referred to the Parliamentary Liaison Team.

“We take the safeguarding of our MPs incredibly seriously and there are robust systems in place to ensure they can carry out their job safely.”

Speaking to her local paper today, the MP said she was “very grateful to the police for their swift action” in dealing with her case.

October 2021 the terror threat facing MPs was raised from “moderate” to “substantial” following the murder of Sir David Amess.