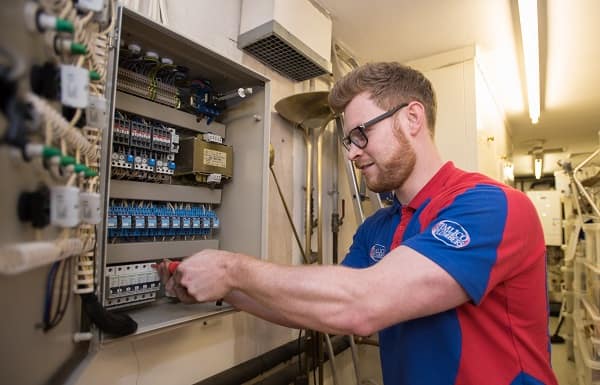 Pimlico, the central London-based home services company completed almost 32,000 jobs across a four-month period this summer, an increase of 15% compared to 2018, which has led to the recruitment of an additional 125 people.

This growth has been attributed to the expansion of the company’s services beyond plumbing and heating, to also provide trades such as carpentry, electrics, drain jetting, roofing and appliance repair and installation.

Across the period May to August 2019, Pimlico’s busiest month was June, when it completed almost 4,000 jobs, followed by August with more than 8,800 jobs.  The vast majority of the jobs were pre-scheduled with, on average, around 20% utilising Pimlico’s one-hour emergency response service.

Behind heating and plumbing, Pimlico’s most in-demand service was electrics, completing almost 4,000 jobs in four months, followed by carpentry, which delivered in excess of 2,300 jobs.

During the period, Pimlico further expanded its portfolio of services with the addition of air-conditioning installation, repairs and servicing, which has started to gain traction with homes and businesses across the capital.

To meet this increasing demand for Pimlico’s wider range of services, the company is engaged in a rolling recruitment drive to attract experienced engineers and tradespeople across the different services, along with office-based staff in departments including customer service, accounts and sales.

In recent months Pimlico has recruited 75 new tradespeople and 50 support staff, taking its workforce to more than 500.  It has also continued to invest in its apprenticeship programme, taking on an additional eight trainees, alongside its existing cohort of more than 50. The company plans to add a further 75 to its workforce before the end of the year.

Scott Mullins, Operations Director at Pimlico, said: “We have had a phenomenal summer, which can be attributed to both our established reputation in plumbing and heating, but also as we successfully apply the same standards of expertise to an increasing number of home services.

“A large number, around 80%, of our work comes from existing customers who are increasingly using us for more than one service.  This is enabling the business to grow its team of skilled and experienced tradespeople that we are attracting, not only from across London, but further afield too as we widen the net to find the best people to serve our customers.”