Home Business News How many millions has Tesco boss Dave Lewis made? 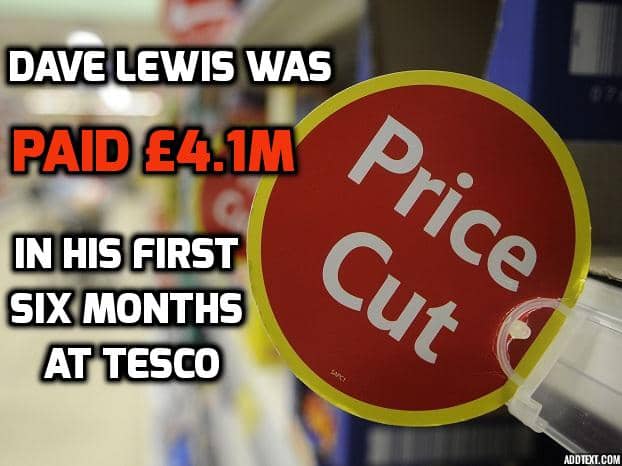 How many millions has Tesco boss Dave Lewis made?

A report by PIRC said: “The salary of the new chief executive is high compared to salaries of others in the peer group. This raises concerns about the overall remuneration structure, as awards are directly linked with salary levels.

“Changes in chief executive pay over the last five years are not considered to be in line with changes in Tesco’s total shareholder return performance over the same period.”

Lewis’s pay could spark a shareholder revolt at its annual general meeting on Friday.

Take a look at what Tesco boss Dave Lewis earns:

Which supermarket is BY FAR the most complained about?