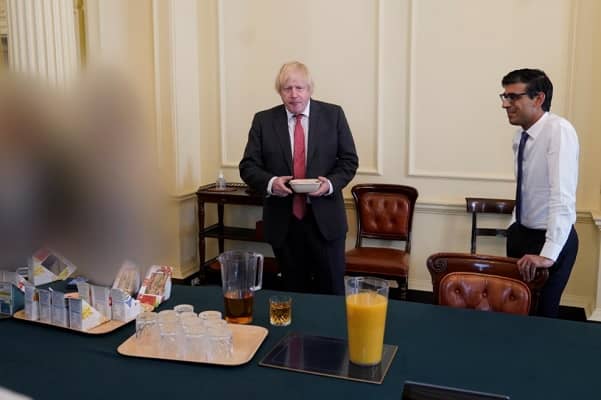 Good Law Project has issuing formal proceedings against the Metropolitan Police – a day after the force was placed into special measures – for its continued failure to properly investigate the Prime Minister’s attendance at Partygate gatherings and its refusal to answer legitimate questions about how these decisions were reached.

It was only after the not-for-profit campaign organisation issued proceedings against the Met in January 2022 that it agreed to investigate at all. The Prime Minister was eventually fined for attending a lockdown gathering in June 2020.

The Good Law Project case asks why the Met apparently failed to issue questionnaires to the Prime Minister about three other lockdown gatherings – in November and December 2020 and January 2021 – when some civil servants who attended received a questionnaire and, subsequently, a fixed penalty notice.

Good Law Project is bringing the case because it believes the public has a right to know the truth about the Partygate investigation. The Met’s actions have raised grave concerns about the deferential way in which it is policing those in power compared to how it policed ordinary people during lockdown.

Good Law Project has given the Met multiple opportunities to explain its position.  On 15 June, Good Law Project wrote to the Met for a final time asking it to fulfil its duty to be honest and upfront with the public.  It chose not to respond to the substantive issues raised in the case, and instead responded by denying Good Law Project had the right to bring the legal action (known as ‘standing’). When asked who would have standing to bring the challenge, it refused to answer.

Good Law Project, along with our co-claimant former senior Met Officer Lord Paddick, strongly believe we have standing to represent the public interest on this matter. Due to the Met’s failure to engage with our questions, we have no option but to sue for a second time to seek the truth about the Prime Minister’s conduct during lockdown.

Lord Paddick said, “Members of the public will have seen Boris Johnson raising a glass at a party which he apparently hasn’t been questioned about.  I thought, ‘If that had been me, I would have been fined.’  We are determined that the Prime Minister should be held to the same standard as the rest of us.”

Jo Maugham, Director of Good Law Project said added, “It’s appalling that the UK’s biggest police force has been placed under special measures because of a litany of failures.

“We need the Met to be transparent about its actions and this challenge is grounded in a single, simple idea: for the law to have any meaning, it must apply equally to us all. The Met must explain their seeming lack of action regarding this matter. We won’t stop until the full story is uncovered.”

The public’s faith in the Met has been severely compromised this year – it has failed to hold the Prime Minister and those around him to account for their lockdown breaches, and there have also been shocking reports of institutional misogyny, discrimination and sexual harassment. This is its moment to finally begin repairing the damage created by the Met’s inaction and restore the public’s trust.

The Met has until 22nd July to respond.