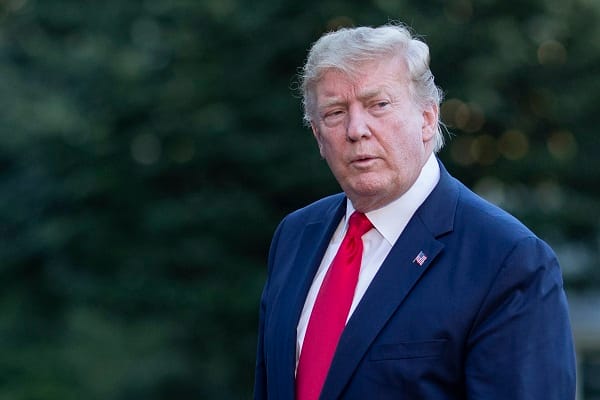 The former US President Donald Trump has warned that the world is heading for a nuclear war because “you have a lot of stupid people leading it.”

In an interview with Piers Morgan Trump said he could have prevented the war in Ukraine as he would have “threatened him like he has never been threatened before.”

Morgan asked Trump if he would have threatened Vladimir Putin with nuclear weapons, he said, “I told him what our response would be, and he said, ‘Really.’ And I said, ‘Really’.”

Trump applauded Putin’s negotiation strategies when he put around 2000,000 troops on the Ukrainian border.

Trump said, “When he built up soldiers on the border, I said that is a very smart, brilliant move because I thought he was negotiating.

“When he went in, I said it’s no longer a brilliant move.”

Trump agreed with Morgan that the Russian President is a “genocidal monster,” and warned how President Joe Biden and other heads of state are dealing with the Ukraine war.

He gave a stark warning that “the world is going to be blown to pieces,” he added, because “you have a lot of stupid people leading it.”

“This is the beginning. I have been the best predictor of things ever. It doesn’t have to happen. I think they are dealing with him incorrectly.

“It is like they are speaking with fear. We have one weapon alone that could destroy everything.”

The former US President was asked by Morgan how exactly he would deal with Putin, he replied, “I would say we have far more (nuclear weapons) than you do, far more powerful than you and you can’t use that word ever again.

“You cannot use the nuclear word ever again. And if you do, we’re going to have problems.”

Trump criticised Putin for using “the N-word, “not in the racist slur, but because of Putin’s threats of nuclear retaliation.

“You’re not supposed to do that.”