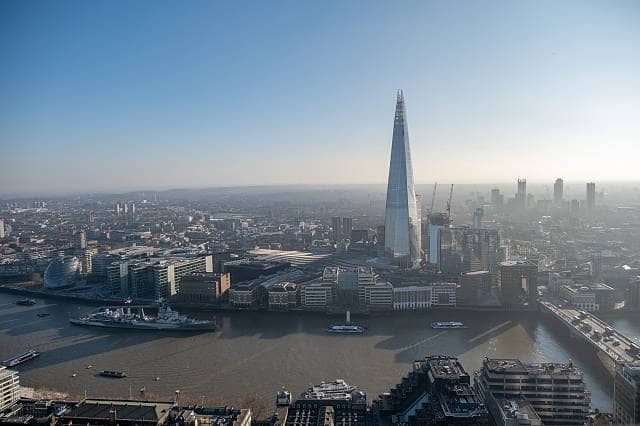 Universal Quantum, a disruptive new player on the global quantum computing stage, has today emerged out of stealth announcing an oversubscribed £3.6m seed-funding round.

Universal Quantum’s prestigious list of investors includes Hoxton Ventures, who were early backers of Deliveroo, Village Global, backed by the likes of Bill Gates, Mark Zuckerberg and Jeff Bezos, Propagator VC, Luminous VC, 7percent, as well as influential individuals. Investors have described Universal Quantum as having ‘the best approach to deliver on the exponential promises of quantum’.

The University of Sussex spin-out company, founded by quantum computing experts Professor Winfried Hensinger and Dr Sebastian Weidt in 2018, is intent on building the world’s first large-scale quantum computer with Hensinger as the Chief Scientist & Chairman and Weidt as the Chief Executive Officer.

Hensinger and Weidt have developed a radical new approach to building a quantum computer. While some companies have created small quantum machines, Universal Quantum believes that only its technology has a realistic opportunity of being scaled up into machines large enough to unleash the huge potential of quantum computing.

Key to Universal Quantum’s appeal are some fundamental differences in its approach to building a large-scale quantum computer compared to the rest of the field. Competing approaches may require billions of laser beams for calculations, operate at extremely cold temperatures marginally above absolute zero (-273C), which can prohibit scaling up to many quantum bits (qubits), and complex engineering to connect individual quantum computing modules through optical fibre links.

Universal Quantum, however, has developed technology based on trapped ions (charged atoms) to carry out calculations using well-established microwave technology, such as that used in mobile phones, removing the need for a prohibitive number of laser beams.

It substantially reduces the necessary cooling requirements, allowing to operate at a much easier to obtain temperature of (-200C) which is critical in making quantum computers far more practical and capable of operating millions of qubits. It has also developed a unique modular approach based on fast electric-field links connecting individual modules, enabling the company to scale-up to practical quantum computers that are able to process millions of qubits.

Dr Sebastian Weidt, CEO at Universal Quantum, said, “We are absolutely thrilled to have such high-calibre investors join our vision and being excited about our technology and outstanding team. We’ve done the research, now this investment puts us on an incredibly exciting path to actually building practical quantum computers.”

Professor Winfried Hensinger, Chairman and Chief Scientist at Universal Quantum said, “Quantum computing has the power to change the world for the better. We are taking a small but significant step toward realising that potential by getting started with the engineering to create practical quantum computers. While it is a major engineering challenge, our technology and approach do not rely on making major physics breakthroughs.

“We’re assembling the brightest minds to do just that, paving the way for a British start-up to lead the journey to a truly useful and usable one million qubit quantum computer.

“Our large-scale quantum computers will one day allow us to tackle the grand global issues of our time, from creating new pharmaceuticals, revolutionizing financial modelling, tackling optimisation problems, machine learning even helping to feed the worlds’ population by making fertilizer more efficiently.”

A spokesperson for Hoxton Ventures said, “At Hoxton, we’re on the search to back the next big thing.

“Quantum computing is where artificial intelligence was back in 2010. We think Universal Quantum’s trapped ion technique is the best approach to deliver on the exponential promises of quantum.

“Their technology is fully modular, relying on electric field connections rather than optical fibres to link individual modules. This is much faster, and also much simpler as an engineering approach.

“We think if UQ succeeds, its impact will lead to potential breakthroughs in technology, healthcare, materials, financial services and other industries. That’s the kind of asymmetric return we invest into.

Peak profit: The UK industries with the highest return for...