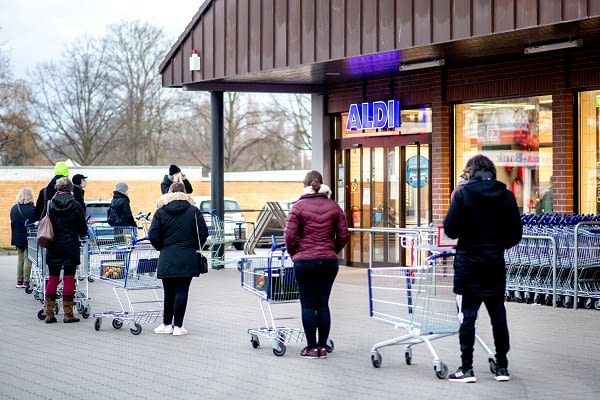 A new study has revealed that Aldi is the UK’s most Googled supermarket for Vegan food.

Aldi places first as the most searched for supermarket when it comes to vegan food with an average of 2,900 searches a month.

The search term “aldi vegan” receives on average 500 more queries per month than second-placed supermarket Tesco with 2,400 searches. Aldi on average receive three times as many searches than those in last place (Iceland & Co-op)

According to the research, joint last place was Iceland and Co-op with 880 average searches per month.

In 2021 we saw M&S and Tesco run television and radio adverts promoting Veganuary for the first time. Whilst other supermarkets such as Aldi, Asda and Iceland added dedicated vegan pages including information and recipes.

With veganuary in action once again these supermarkets can expect an increase in search demand based on the research. Aldi for example can expect to receive over 6,500 searches in January, which is a 56% increase vs its average monthly search volume.

Whilst Tesco and ASDA can expect theirs to increase to around 4,000, which is a 45% and 56% increase vs their averages. With veganuary growing every year this will likely increase even more in 2022.

Anna Szanto co-founder of the Goodness Project said, “More and more supermarkets are taking note of the rise in demand for vegan food ranges, Veganuary saw a record amount of sign ups in 2021 (over 500K) so this demand doesn’t look like falling soon.

It’s interesting to see the changes in advertising strategies and product ranges because of this. We can already start to see which supermarkets are winning this race.”