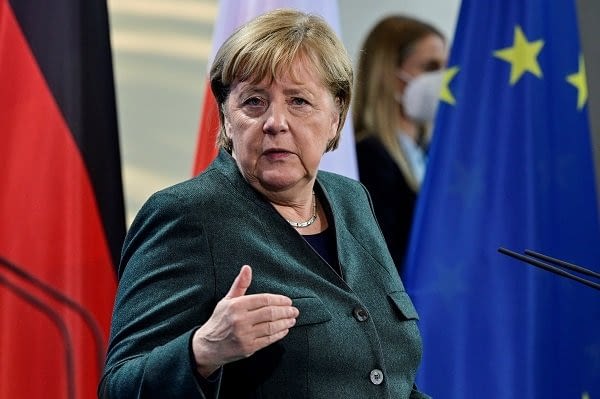 Germany has placed millions of unvaccinated people back into lockdown and the government are make it compulsory for people to get vaccinated.

On Thursday the German Chancellor Angela Merkel who is also a scientist, said that those who are not vaccinated will be banned from non-essential stores, recreational venues such as restaurants and bars in an attempt to curb Covid infections.

This comes as Germany topped 70,000 cases within 24 hours and there will be new limits of private meetings with the wearing of masks being compulsory in schools.

Merkel said, “Culture and leisure nationwide will be open only to those who have been vaccinated or recovered.

“We have understood that the situation is very serious and that we want to take further measures in addition to those already taken.”

From February 2022 Merkel said there could be a nationwide vaccination mandate imposed, once parliament vote for it.