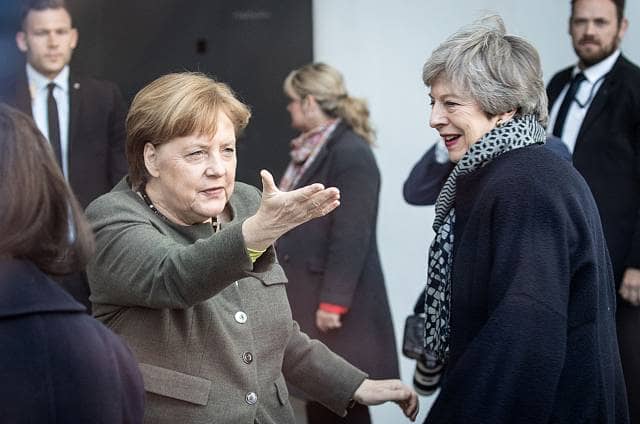 The prime minister met with German chancellor Angela Merkel on Tuesday afternoon to discuss the UK’s orderly withdrawal from the EU.

No 10 Downing Street said Theresa May and Merkel has agreed “on the importance of ensuring Britain’s orderly withdrawal.”

“The prime minister outlined the steps the government is taking to bring the Brexit process to a successful conclusion, and updated Chancellor Merkel on the ongoing discussions with the opposition.”

May is due to meet with the French president Emanuele Macron later today in last minute discussions over leaving the EU.

However, EU chief negotiator Michel Barnier said on Tuesday, “The withdrawal agreement is not going to be reopened.”