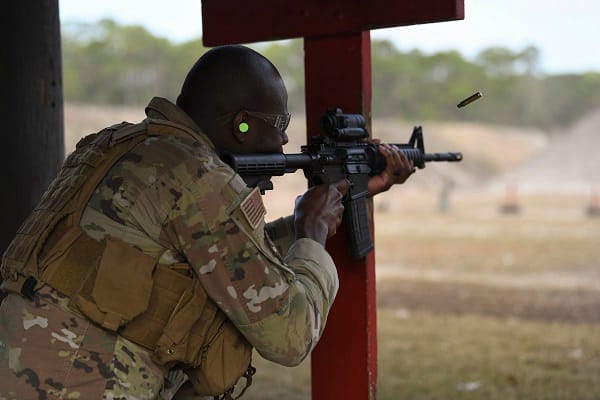 More than 200 SAS and Navy Seals special forces are preparing to evacuate Ukraine President Volodmyr Zelensky his Cabinet and family members from Kyiv.

There has been at least three attempts to assassinate Zeleznsky, last week the Russian spy agency the FSB formally known as the KGB tipped of the secretary of Ukraine’s National Security and Defence Council of an attempt on his life.

On Saturday evening more than 70 British SAS and 150 US Navy Seals were reported to be training for several scenarios in Ukraine.

The Sunday Express was informed the training mission is taking place at a remote NATO base and the paper agreed not to disclose the location.

Sources told the Sunday Express on Saturday evening the military operation is fraught with risks, and there are several options Commanders of the Joint Special Operation Group have to evacuate President Zelensky.

A security source warned, “Leaving him in situ doesn’t bear thinking about.”

It is understood that CIA Director William Burns has approved a special operations force of US-operated Mi-8 helicopters into eastern Europe.

A more likely scenario could be to deploy an Osprey V-22 or even a captured Russian Mi-8 helicopter in and out of the capital.

For security reasons military sources are remaining tight lipped about the operation.

However they did share they are considering using Chinook helicopters and Apache gunships, as an extraction by air is a possibility because driving in or out of Kyiv is becoming less vital as the capital is almost surrounded by Russian forces.

Zelensky has previously said, “According to the information we have, the enemy has marked me as target No 1, my family as target No 2. They want to destroy Ukraine politically by destroying the head of state.”