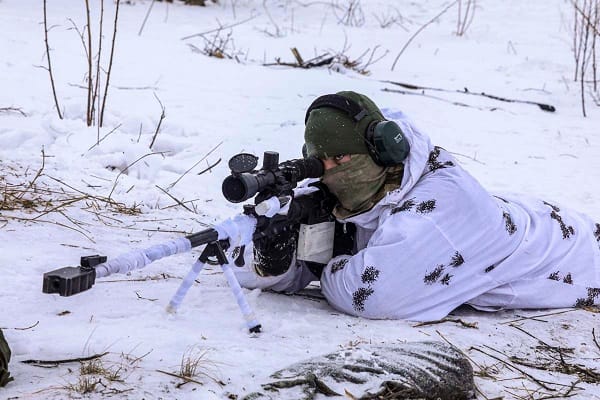 It has been revealed that five weeks ago the Kremlin flew more than 400 mercenaries from Africa to Kyiv to hunt down and assassinate the Ukrainian President Volodymyr Zelensky.

The mercenaries are known as the Wagner Group and have been instructed and ordered by Vladimir Putin to kill the Ukrainian President along with 23 other government members.

The Times has reported that the army-for-hire are run by billionaire oligarch Yevgeny Prigozhin who has very close ties with Putin who are being offered a very large bounty if they succeed in their mission.

The highly trained and skilled mercenaries they are waiting for the order to strike which will involve them taking out the entire Cabinet, Vitali Klitschko the Mayor of Kyiv, his borther, Wladimir and the Ukraine’s Prime Minister.

General Sir Richard Barrons, a former commander of Joint Forces Command, said, “They are very effective because they are hard to pin down.

“They can appear from the shadows, do very violent things and then disappear again, without it being obvious who was responsible.

“They are not directly linked to the Russian government and therefore they are plausibly deniable.”

It was reported on Saturday that their plans were scuppered after they had reached the upper echelons of the government in Ukraine.

The Ukrainian government then declared a 36 hours “hard” curfew and Ukrainian soldiers have been stopping cars and looking for saboteurs.

The Times was told by a source who has knowledge of the Wagner Group said that they have between 2,000 and 4,000 mercenaries who arrived in Kyiv five weeks ago.

The mercenaries have all been given different tasks and it is believed some of the member are operating in the Donetsk and Luhansk regions of eastern Ukraine and there is around 400 who are tasked with killing President Zelensky.

It has been reported that the highly skilled group are tracking the President through his mobile, whilst another source reported they have been put on hold, for now whilst the peace talks are in place on Monday.