Home Business NewsBusiness Google CEO Sundar Pichai made over $100m in 2015, here are 5 facts you didn't know about him 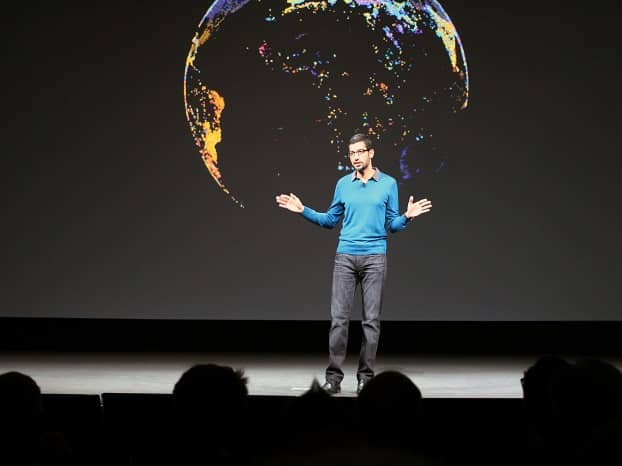 In February, Pichai became the highest-paid CEO in the US

Google CEO Sundar Pichai’s pay package for 2015 was over $100.5m, according to a filing from parent company Alphabet Inc. Tuesday.

In February, Pichai became the highest paid CEO in the US after he was awarded $199m in shares.

Pichai became chief executive in October 2015, when the company was restructured and its parent company Alphabet was formed.

Take a look at a breakdown of his salary:

Here are 5 facts you didn’t know about Pichai

1. Pichai’s full name is Pichai Sundararajan. He and his wife Anjali have a daughter and a son.

2. Pichai was born in Chennai, India in 1972. His family of four lived in a two-room apartment and he and his brother slept on his floor. His father, an electrical engineer, bought a scooter after saving for three years. However, Pichai and his brother were given the best education possible.

3. Pichai studied metallurgical engineering at IIT Kharagpur. He then bagged a scholarship at Stanford. He also has an MBA from the Wharton School of the University of Pennsylvania.

4. Before working at Google, Pichai worked at Applied Materials as an engineer and then at McKinsey & Company in management consulting.

5. He joined Google in 2004. His core duties at Google include controlling search, ads, maps, the Google Play Store, YouTube, and Android.