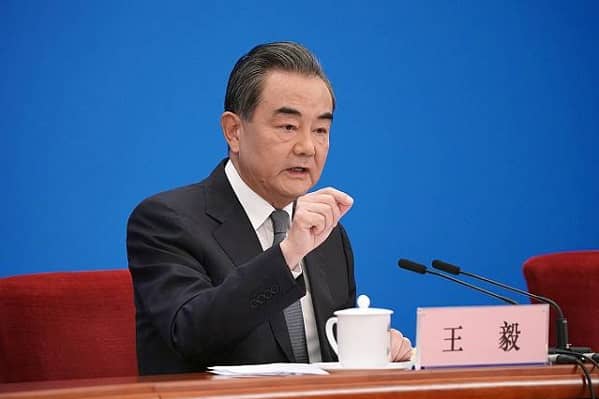 Beijing have said that relations with Washington are on “the brink of a new Cold War” due to knife edge tensions over the global pandemic.

Tensions have grown over the months as the US President Donald Trump has accused China over starting the global pandemic which has killed more than 5m people globally.

It is strongly believed that coronavirus started in the Wuhan Institute of Virology and the deadly virus jumped from animals to humans, in the Chinese city of Wuhan.

Trump has accused Beijing of lack of transparency and Wang Yi blasted American politicians in fabricating “rumours” and to “stigmatise China.”

He said, “China is open to working with the international scientific community to look into the source of the virus.

“At the same time, we believe that this should be professional, fair and constructive.”

The death toll has almost hit 100,000 in the US and Trump is trying to get the economy reopen going against the advice of scientists.