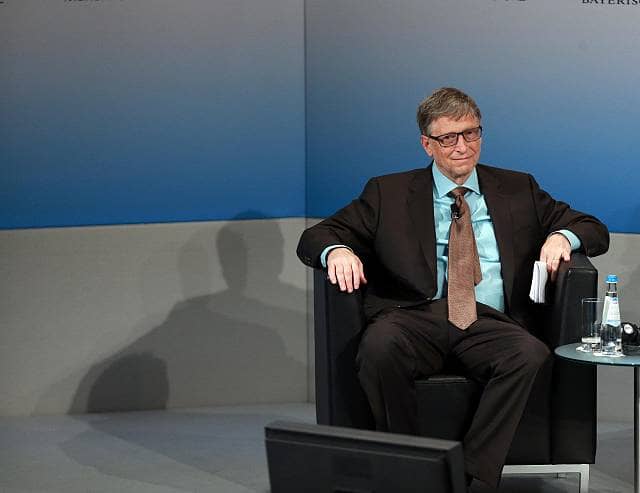 Microsoft founder, Bill Gates has managed to hold the top spot on the Forbes Rich list.

According to the magazine’s annual rich list, Gates’ fortune managed to rise to $86bn, from $75bn. Warren Buffett followed, his wealth was up $14.8bn to $75.6bn.

However, US President Donald Trump managed to slide 244 spots to 544 with a wealth of $3.5bn. This fall is due to the slow US property market.

Forbes said: “Forty per cent of Donald Trump’s fortune is tied up in Trump Tower and eight buildings within one mile of it,”

“Lately, the neighbourhood has been struggling – relatively speaking.”

The number of women on the list rose from 202 to 227. France’s Liliane Bettencourt, the L’Oreal cosmetics heiress, was the world’s wealthiest woman with a net worth of $39.5bn.

Many women on the list inherited their fortune, however a total of 15 “self-made” women have made an appearance. Many of these come from Asian countries.