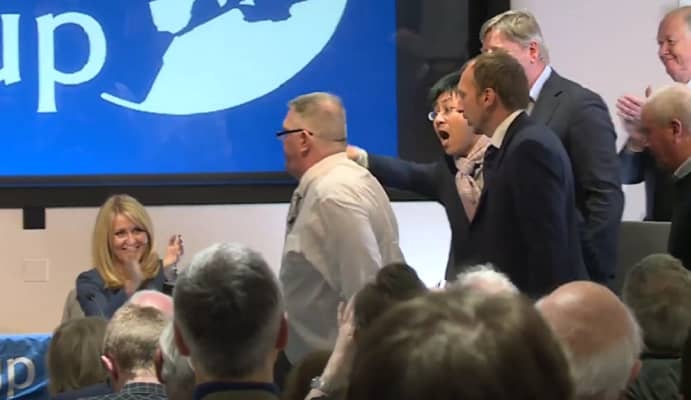 After Esther McVey gave her leadership launch speech dramatic scenes took place as an angry protester grabbed the microphone and shouted “you are all fake news” to the crowd.

The heckler named as Graham Moore said, “I’m a paid-up member of the Conservative Party, right” several men went to the podium to intervene.

Moore then shouted at the men and said, “touch me, I’ll have you all nicked,” he was wildly gesturing to the crowd and people shouted at him to “get out.”

Moore was escorted from the stage followed closely by the three men who tried to stop him.

McVey could be seen laughing at one point and clapped as Moore shouted again “fake Conservative.”