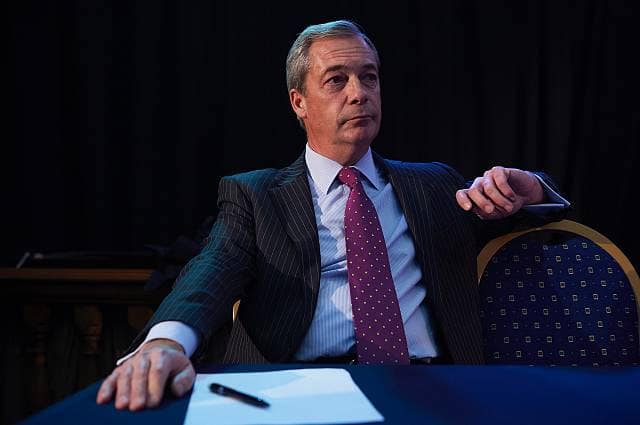 Nigel Farage will not stand in general election

This is what Farage said

Nigel Farage has said he will not be standing in the general election on the 8 June, he said he wants to focus on the “fight for Brexit in Europe”.

The former UKIP leader said he considered running in the general election.

He was tempted by the change after UKIP member Douglas Carswell stepped down as MP.

Writing in the Telegraph, Farage declared that he would not be standing in the upcoming general election.

He said: “If I compare the platform I have in Strasbourg to being a backbench MP, there is frankly no comparison.

“The Brexit negotiations will take place in Brussels and the European Parliament will not only have a large impact on them, but ultimately will have the right of veto any deal at the end of the two-year process.

“I believe I can use my profile in European politics to put real pressure on MEPs to vote for a sensible deal with the UK. Just weeks after we are due to leave, there will be the next set of European elections.”