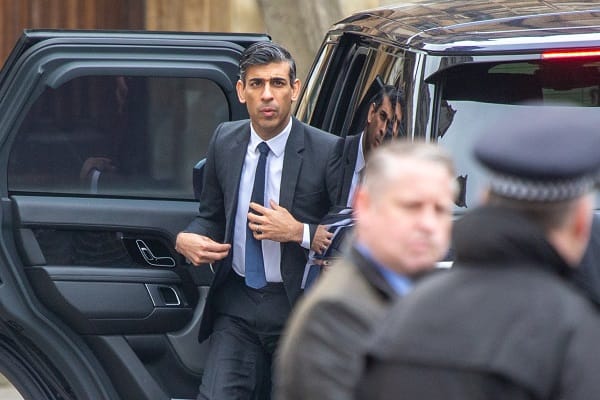 How rich is Rishi Sunak?

Here’s what you need to know about Rishi Sunak as he has formally entered the race to become the UK’s next Prime Minister.

1. Sunak married Akshata Murthy, the daughter of Indian billionaire and co-founder of Infosys, N. R. Narayana Murthy, in August 2009. They met while studying at Stanford University and have two daughters. He is a Hindu, and has taken his oath at the House of Commons on the Bhagavad Gita since 2017.

2. He has been dubbed the “Maharaja of the Dales”, and is thought to be the richest person in the House of Commons.

3. Sunak started his career with investment bank Goldman Sachs before moving to the hedge fund sector, eventually setting up his up his own firm Theleme Partners in 2010 with an initial fund of $700million.

5. Sunak and his wife own a property portfolio spanning the UK and America that is worth about £10m. Their London home is a five-bedroom mews house in Kensington worth £7m. They also own a £1.5m Georgian mansion set in 12 acres in Sunak’s North Yorkshire constituency, among other properties.

The UK is home to $46 billion start-ups making Britain...