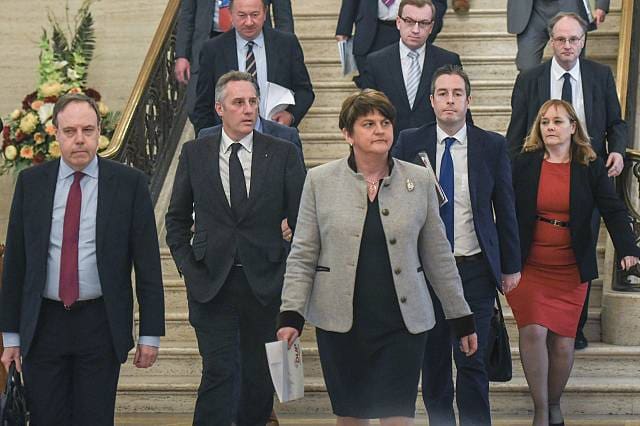 Following Theresa May’s statement on Tuesday evening, the Democratic Unionist Party (DUP) who help prop up her government, have repeatedly voted against her Brexit deal.

In a statement the DUP said, “Her announcement tonight comes as little surprise. Though it remains to be seen if sub-contracting out the future of Brexit to Jeremy Corbyn, someone whom the Conservatives have demonised for four years, will end happily.

“We want the result of the referendum respected, and just as we joined the Common Market as one country, we must leave the EU as one country. We remain consistent in judging all Brexit outcomes against our clear unionist principles.”

The president of the European Council, Donald Tusk said last night, “Even if, after today, we don’t know what the end result will be, let us be patient.”